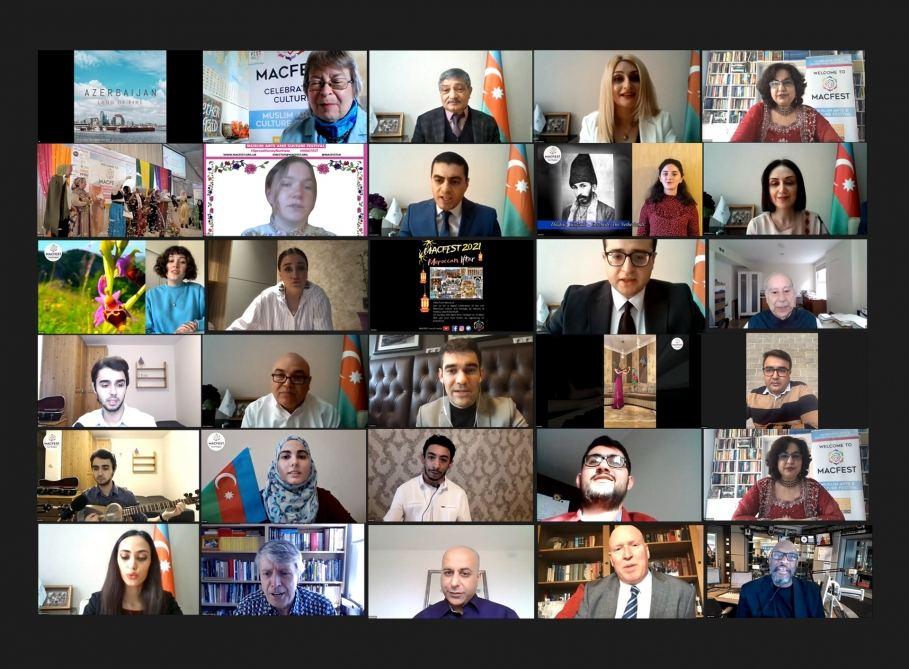 Azerbaijan has been represented at the Muslim Arts and Culture Festival (MACFEST) which aims to bring the Muslim and non-Muslim communities together to promote social inclusion and overcome barriers.

The festival was attended by honourable guests from a number of countries. The large-scale event was held virtually amid the coronavirus pandemic, Trend reported.

Azerbaijan was represented at this prestigious event by well-known public and cultural figures.

Leyla Gasimova expressed her gratitude to the Fund for Support of the Azerbaijani Diaspora (FSAD), the Azerbaijan Ministry of Culture and the Baku Creative Center for their support at the festival.

The festival participants noted the high level of relations between Great Britain and Azerbaijan, which brings the values ​​of multiculturalism and tolerance to the world.

The Muslim Arts and Culture Festival featured a video on Christian (Albanian) and Muslim historical monuments in Azerbaijan.

The festival participants were informed about the city of Shusha, known as Azerbaijan's cultural centre, traditional cuisine, Karabakh horses, carpet weaving art, the history of religious monuments and much more.

Within the framework of MACFEST, artist and sculptor Farid Mirzoyev demonstrated the religious diversity of Azerbaijan through contemporary art, while historian Karim Sultanov delivered a speech about the history of Islamic religion in Azerbaijan in the Middle Ages.

Farakhnaz Musayeva, who heads the National Carpet Museum's international relations and innovation department, spoke about the history of the "Gasimushagi" carpets dating back to the 17th century.