The unique Art Zone painting symposium is underway in Gabala. The main social goal of the project is to show the diversity, beauty and richness of Gabala region through the eyes of artists, to conduct painting workshops for high school students who love painting.

Until September 13, the artists have a chance to get acquainted with the tourist infrastructure, historical monuments, wonderful geography and picturesque corners of Gabala.

Inspired by the magical atmosphere of Gabala, they create their new masterpieces. In the future, paintings will be showcased at the traditional Art Zone exhibition.

Being mentioned in the written sources of the 1st century BC, Gabala was the first capital city of Caucasus Albania. The city played an important role in the economic, political and cultural life of the state.

Historians compare this majestic city with Babylon, Troy, Pompey, Carthage and other historical cities of the world for its magnificence. Numerous historical monuments located on the territory of the Gabala region testify to the ancient history of Gabala.

Gabala fortress is one of such monuments. Ruins of the large buildings, fortress walls, material culture monuments on manufacture and art were found as a result of archaeological studies conducted in this region.

In the Middle Ages, Gabala was an important handicraft center. 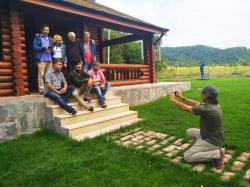 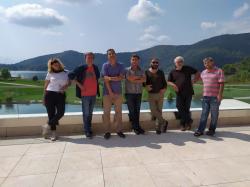