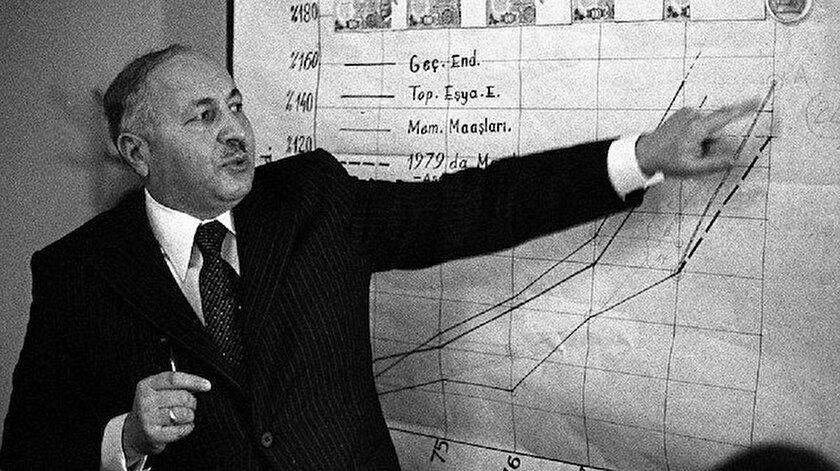 Being the leader of Turkey’s national vision, Necmettin Erbakan played a leading role in the Turkish business world with the projects he put forward and the models he implemented, the newspaper reads.

Reminding that Erbakan was an engineer by profession, the daily said that Erbakan became the pioneer of Turkey's first diesel engine factory by combining his knowledge and experience in the field of engineering with the field of economy.

Erbakan contributed greatly to the development of the Devrim, which was designed to be Turkey's first domestic car, the newspaper said, adding that at least 70 of the 200 projects were started and heavy industry were launched during his three-year tenure in the government. These projects served the industrialization of Turkey. Tumosan, Taksan, Tezsan, Erzurum-Tortum Tekstil, Mardin-Mazidağ Phosphate factories, Seka Balıkesir-Giresun newsprint factories, among others were built under Erbakan.

After graduating from the Aachen Technical University in Germany and returning home, he pioneered the establishment of the Gumush Motor factory, Turkey's first diesel engine in 1956. Later, this factory served under the name of Pancar Motor for many years. He made very important contributions to the development of the Devrim. However, external and domestic obstacles in the business world, politics, bureaucracy and the media destroyed the Devrim Automobile project.

In 1975-1977 as Deputy Prime Minister, Necmettin Erbakan was influential within the government for his economic policies. As a Mechanical Engineering professor, Erbakan rolled up his sleeves to equip the country with the necessary industrial investments and factories, to make industrial investments in the metal-machinery-automotive-mining-textile fields. Some 200 factories were built in Turkey with the population of around 36 million back then.

Necmettin Erbakan promised a "just economic order" in the 1980s and 1990s.

“In short, he wanted the welfare of the people to increase. He dreamed of single-digit inflation and lower interest rates. All these dreams and promises of Erbakan were largely achieved by Recep Tayyip Erdogan and his friends between 2003 and 2021,” the newspaper said.