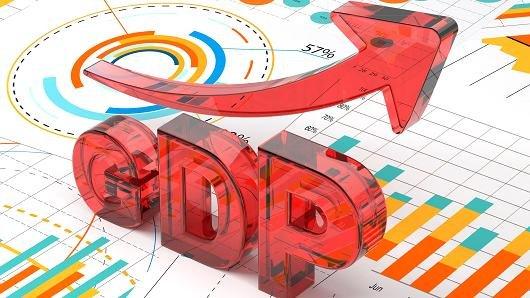 Kyrgyzstan’d GDP increased by 4.5 percent in January-December 2019 against the forecast of 4.0 percent, according to the information provided by the government’s press sevice.

These are preliminary data, which, as a rule, tend to increase when adjusted.

This growth was achieved due to the growth of industrial production of metal ores, basic metals, construction materials, clothing, extraction of crude oil, natural gas and coal, as well as food production.

The foreign trade turnover for January-December 2019 amounted to $6.2 billion, while imports decreased by 6.6 percent. One of the factors of the decrease is decline in re-exports of goods.

In the industrial sector there is also a significant import substitution in other goods such as textiles, leather goods and cement.

At the above-mentioned time span, export volumes increased by 9.4 percent. This growth is due to higher export volumes of gold, ores and concentrates of precious metals, cement, ceramic products, fertilizers, fruits and nuts, vegetables and root vegetables, meat and meat co-products.

In connection with the above, the trade deficit decreased by $465 million. This is a positive figure.

The inflow of remittances amounted to almost $2.2 billion and decreased by $287 million (or 11.6 percent) compared to the same period of 2018. This is mainly due to the introduction of a limit on remittances in Russia in April 2019.

The January-September results showed that the inflow of foreign direct investment (FDI) amounted to $576.8 million, and increased by more than 67 percent compared to the same time span of 2018. Such significant growth was mainly achieved due to the increase in inflow of direct foreign investments in the sphere for professional, scientific and technical activities (geological exploration) by 3.3 times, as well as in manufacturing industry by 2.3 times and other sectors.