Official delegations consisting of more than 600 pupils, teachers and experts from 88 countries and regions, including the Azerbaijani team, have registered to participate in the International Olympiad in Informatics, which is being held in Azerbaijan for the first time. The Olympiad will continue until August 11.

The opening ceremony was attended by the Vice-President of the Heydar Aliyev Foundation Leyla Aliyeva.

Farah Aliyeva, head of the Humanitarian Policy Department of the Presidential Administration of Azerbaijan, read out the congratulatory message from the First Vice President of Azerbaijan Mehriban Aliyeva to participants of the Olympiad.

In the letter, Mehriban Aliyeva noted that in Azerbaijan, which is taking important steps to build an information society, the Olympic movement among schoolchildren is gaining wider scope every year.

She added that in the current period of formation of a knowledge-based society, when digital skills are extremely necessary, information and communication technologies have become one of the important indicators of scientific potential.

Mehriban Aliyeva emphasized that holding this Olympiad in Azerbaijan is of no coincidence.

“Our schoolchildren, having achieved sustainable development of their successes at international Olympiads, have won a total of 160 medals in recent years,” she pointed out.

Then, speaking at the event, Jeyhun Bayramov, Minister of Education and chairman of IOI 2019, emphasized the importance of organizing such a prestigious event in the country. He spoke about the long path to IOI 2019 and the work done.

Bayramov noted that today one of the important goals of Azerbaijan’s education system is the development of human capital, as well as strengthening the role of ICT and virtual learning, computer knowledge.

He also said that this Olympiad will contribute to the development of computer science.

He emphasized that such events play a vital role in development of ties of friendship, peace and intercultural dialogue, especially among young people.

Bayramov pointed out that international scientific Olympiads are not only a means of popularizing science, but also an important part of education. Over the past six years, Azerbaijani schoolchildren have brought more than 150 medals from these Olympiads and it is expected that their number will grow, he said.

“The effective use of knowledge gained during the learning period is as important as winning these medals. Today, the world discusses what knowledge and skills will be needed during the fourth industrial revolution. Robotics, global information, artificial intelligence and automation have entered our daily lives,” said Bayramov.

Recalling that the first International Olympiad in Informatics was held 30 years ago in Bulgaria, he said that interest in this prestigious event is growing every year. Bayramov brought to the attention that the majority of IOI participants are currently leading IT specialists in startups and innovations.

He stressed that in 1965, the outstanding Azerbaijani scientist Lotfi Zadeh, professor at the University of California, made a revolution by his theory of fuzzy logic.

“At that time, it was probably impossible to imagine that fuzzy logic would enter our daily lives through technologies in the automotive industry, electronics, medicine, transport, telecommunications, etc. For today's youth, Lotfi Zadeh is a symbol of fidelity to science and the future of mankind,” said Bayramov.

Then, Hafiz Pashayev, ADA University Rector, ambassador and honorary chairman of IOI 2019, stated that one of the main goals of the Olympiad is to identify talented young people in the computer science sphere and to convey the importance of studying computer science to young people.

He noted that graduates of ADA work in global technology companies such as Google, Oracle, Microsoft, and also help the local IT industry. Pashayev added that startup competitions, held annually by ADA, not only support the youth’s ideas, but also contribute to their transformation into business successes.

Greg Lee, IOI President and Professor of National Taiwan Normal University, hailed the excellent organization of this year’s Olympiad in Azerbaijan and highlighted the importance of the event.

“On behalf of IOI community we thank Azerbaijan for hosting this year’s IOI and ADA University for assistance in organizing this event in the Land of Fires,” he said.

In turn, Grigory Nizovsky, Vice-President of Acer for Russia, Eastern Europe and Turkey, official global sponsor of the Olympiad, praised the successful cooperation between Acer and IOI.

Afterwards, a press conference dedicated to the Olympiad in was held.

“Our teams, representing Azerbaijan in this influential international competition for already 24 times, have already won five medals, including one silver and four bronze ones. There are an increase in interest in the Olympiads and large-scale participation. In recent years, the number of participants in the Olympiads amounted to more than 30,000 people,” he said.

Speaking at the conference, Grigory Nizovsky said that Acer, demonstrates interest in events related to computers, and considers the development of society as its main mission.

He added that, at the end of the event, the Ministry of Education and the ADA University will be presented 450 laptops.

Earlier, Jeyhun Bayramov stated that tasks for the international Olympiads are prepared in the international scientific committee, which was created in connection with the Olympiad, and the questions are repeatedly reviewed by high-level specialists.

“Therefore, there is practically no probability of problems in connection with questions at the International Olympiad in Informatics. Even if they arise, the international organizing committee will issue a decision on the issue,” Bayramov said.

Bayramov noted that on the first day of the competition, participants will be given three tasks that will have to be completed within five hours.

“On the second day of the Olympiad, again, five hours will be given to solve three tasks. It is very likely that by the end of the day, the results will be approved and published on August 9,” he said.

Bayramov noted that along with the International Olympiad, republican competitions are also held in Azerbaijan.

"Olympiads are held in eight disciplines in Azerbaijan. To attract schoolchildren, as well as to identify gifted children at an early age, the country holds competitions of this kind along with the Olympiads in the disciplines,” he said.

The 31st International Olympiad in Informatics is one of the most prestigious competitions held since 1989. The Olympiad is an annual chance for schoolchildren from many countries around the world to demonstrate their knowledge and skills.

Within the Olympiad, excursions will be organized to Gobustan, Yanardagh, Ateshgah, the House Museum of Nobel Brothers and some other places in Azerbaijan.

The International Olympiad in Informatics, which is of great importance to the country, is held with the support of the Ministry of Education, ADA University, Ministry of Transport, Communication and High Technologies, and other government agencies.

Acer is the official global sponsor of the Olympiad. In addition, Azercell Telecom mobile operator supports the event as the Digital Talent Sponsor and PASHA Bank – as the Talent Sponsor. 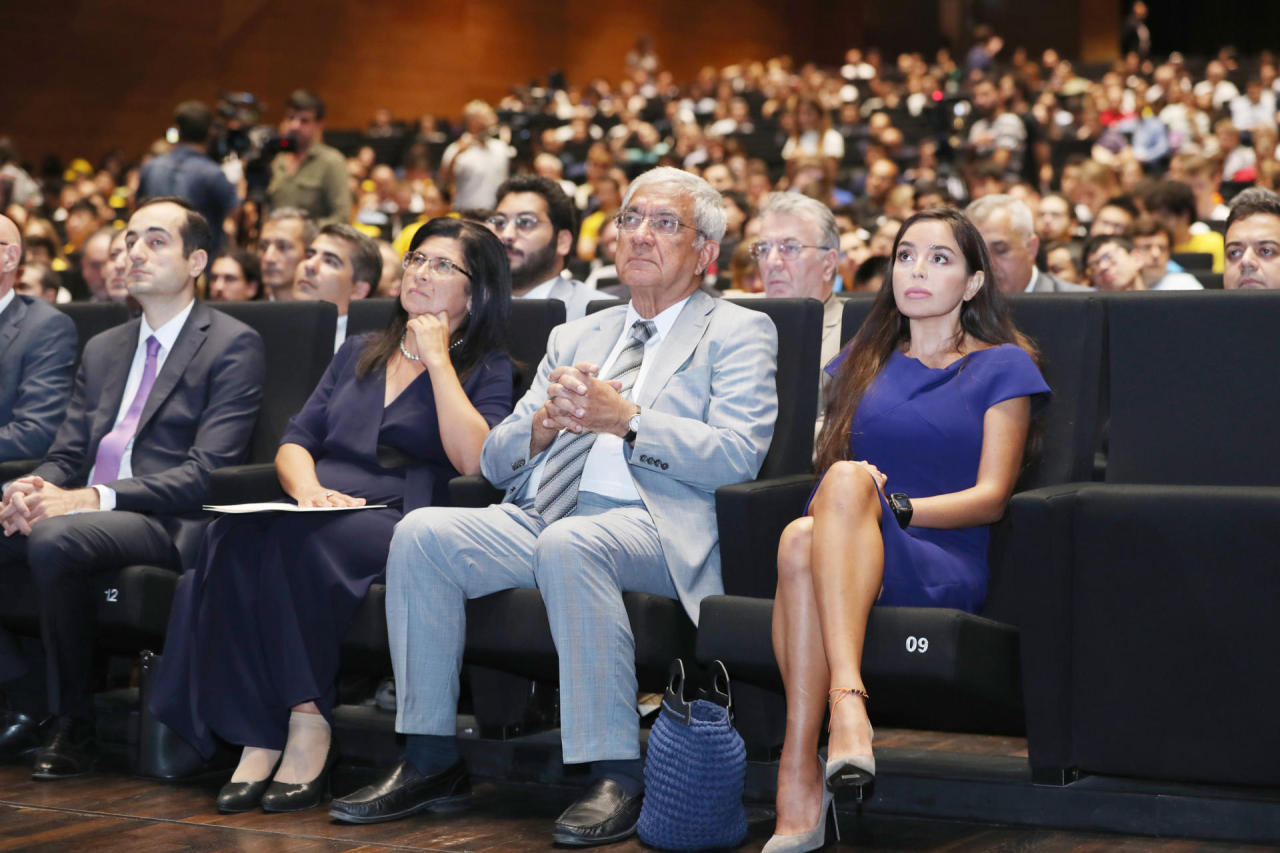