Azerbaijani First Deputy Defense Minister and Chief of the General Staff of the Army Col-Gen Karim Valiyev met with Governor of the US State of Oklahoma Kevin Stitt, and Adjutant Gen for Oklahoma and Commander of the Oklahoma Army and Air National Guard Brigadier Gen Thomas Mancino during his visit to the USA, Azernews reports.

Valiyev noted that Stitt's 2021 visit to the Azerbaijani regions liberated from occupation was a vivid example of high-level bilateral relations.

Speaking about the participation of the Azerbaijan army servicemen in international peacekeeping operations, Gen Karim Valiyev noted that the country honorably fulfilled its obligations and was one of the last among the partner nations who withdrew its peacekeepers from Afghanistan.

Further, the parties held a detailed exchange of views on the joint activities carried out between the Azerbaijan army and the US Oklahoma Army National Guard within the framework of the State Partnership Program, as well as discussed other issues of mutual interest.

The Azerbaijani delegation also participated in a solemn ceremony dedicated to the 20th anniversary of cooperation between the Azerbaijan army and the US Oklahoma Army National Guard.

Karim Valiyev also held various meetings with US officials during the visit, including with Vice Chairman of the Joint Chiefs of Staff Admiral Christopher Grady, where the two men discussed the prospects for military cooperation between Azerbaijan and the USA, as well as regional security issues.

Moreover, the Azerbaijani deputy defense minister and Chief of the US National Guard Bureau Gen Daniel Hokanson discussed the current state and prospects for military cooperation within the framework of the State Partnership Program.

During the visit, the delegation also visited the country's embassy. 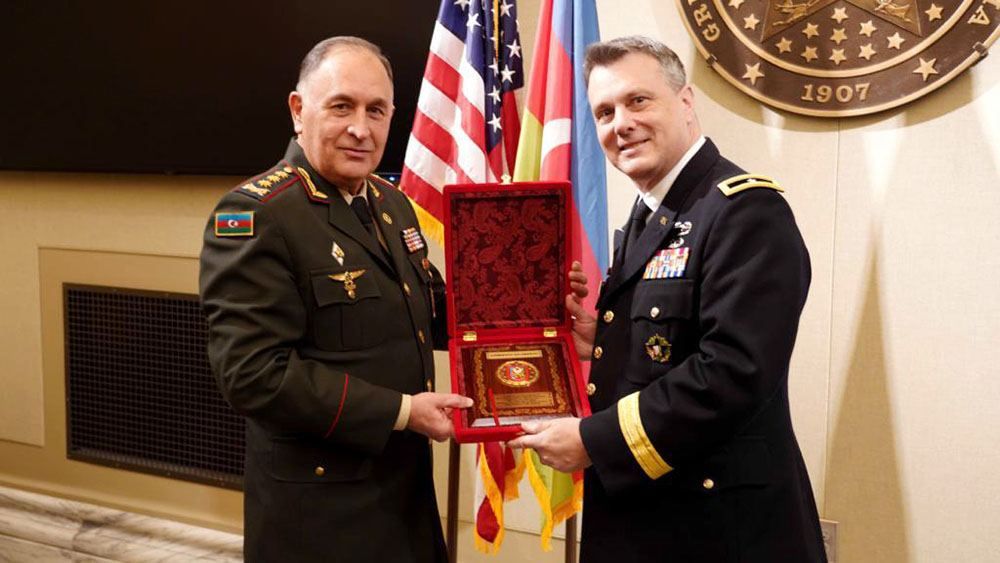