On November 29-30, a series of events were held with the participation of human rights researchers of Azerbaijani origin, natives of Tabriz, who now live in France, Azernews reports with reference to the Karabakh Bureau.

On November 29, Chairman of the Committee for the Protection of Human Rights Jala Tabrizli and human rights activist, writer and researcher Mashallah Razmi went to Fizuli District liberated from the Armenian occupation.

The guests, who arrived here after visiting Aghdam and Shusha Districts, got acquainted with the atrocities committed in Fuzuli by the Armenian armed forces, as well as the international airport built by Azerbaijan after liberation from occupation.

They were informed that on the lands liberated from occupation as a result of the 44-day war, large-scale projects are now being implemented, construction and restoration work is underway. One of the projects is the construction of Fuzuli, Zangilan, and Lachin airports.

They were also informed about the upcoming work on the restoration of Fuzuli city.

Jala Tabrizli and Mashallah Razmi were also informed about the mine contamination of Azerbaijani territories by Armenia, as well as about the demining process.

On November 30, guests from France participated in the event called “The Cry of Urmia Lake”, held with the organizational support of the Topchubashov Center in Baku.

The event was attended by Southern Azerbaijani activists, who are on a visit to the country, as well as well-known experts and representatives of the academic community of Azerbaijan.

Within the framework of the event, the environmental, ethnic, and cultural discrimination taking place in Southern Azerbaijan, as well as the activities of individuals, organizations both in Azerbaijan and abroad, against this discrimination were discussed.

Thus, an activist on ethnic issues and women's rights, co-founder of the human rights organization Erk, Jala Tabrizli, noted that Turkic women have long been persecuted in Iran.

According to her, the Islamic regime in Iran does not recognize the rights of women.

“Wearing a headscarf is a must. In particular, Turkic women are subjected to racial discrimination. In addition, our children cannot be educated in their native language. Usually, children are happy when they go to school, but our children shed tears. Because they don't know the teacher's language. For this reason, many remain illiterate,” she stressed.

In her speech, Tabrizli also noted that a young girl from the province was shot during the protests.

"In total, around 2,000-3,000 Southern Azerbaijani activists are arrested every year. The families of the arrested get intimidated so that they don't reveal the names of young people to the Human Rights Committee, which is us. We are represented in the UN and can express our opinion without any hesitation," she said.

Jala Tabrizli added that international organizations and some foreign states allocated enough funds to prevent the drying up of Lake Urmia, but the Iranian government spent them on itself, and no steps were taken for Lake Urmia.

According to Tabrizli, the main reason for the drying up of the lake is the blocking of tributaries and the expansion of agriculture without planning.

In turn, an expert on the national movement of South Azerbaijan, co-founder of the human rights organization Erk Mashallahhh Rezmi said that Tabriz was the most developed city about 100 years ago, and in the Pahlavi period, before the Islamic Revolution, it occupied the 5th place in the country. Now Tabriz is the 11th city in the country in terms of the economic situation.

“For 100 years, Tabriz has been dropped from the first place to the 11th. Near Tabriz is the Andaran gold deposit. This is the largest gold deposit in the Middle East. Iran has signed an agreement with Russia to develop this field. How much gold is mined there and where it goes is not reported. The second deposit is the Sungun copper mine. It is also the second-largest copper mine. Copper mined here is either transported to Kerman or exported to China. Our wealth is being plundered and people are not provided with any information about it,” the expert noted.

To recap, on November 28-29, Tabrizli and Razmi visited Aghdam District, where they were informed about the atrocities committed by Armenians in Aghdam. Also, the guests visited the Imarat Complex of Panahali Khan, the Aghdam House of Culture, the Juma Mosque, and the Aghdam Alley of Martyrs. In Aghdam District, Tabrizli and Razmi were informed about the construction being carried out by Azerbaijan after the liberation and the demining by ANAMA. They also went to Shusha where they learned about the historical sites of the city, the destruction caused by the Armenians during the occupation, and the restoration and construction projects currently underway in Azerbaijan. 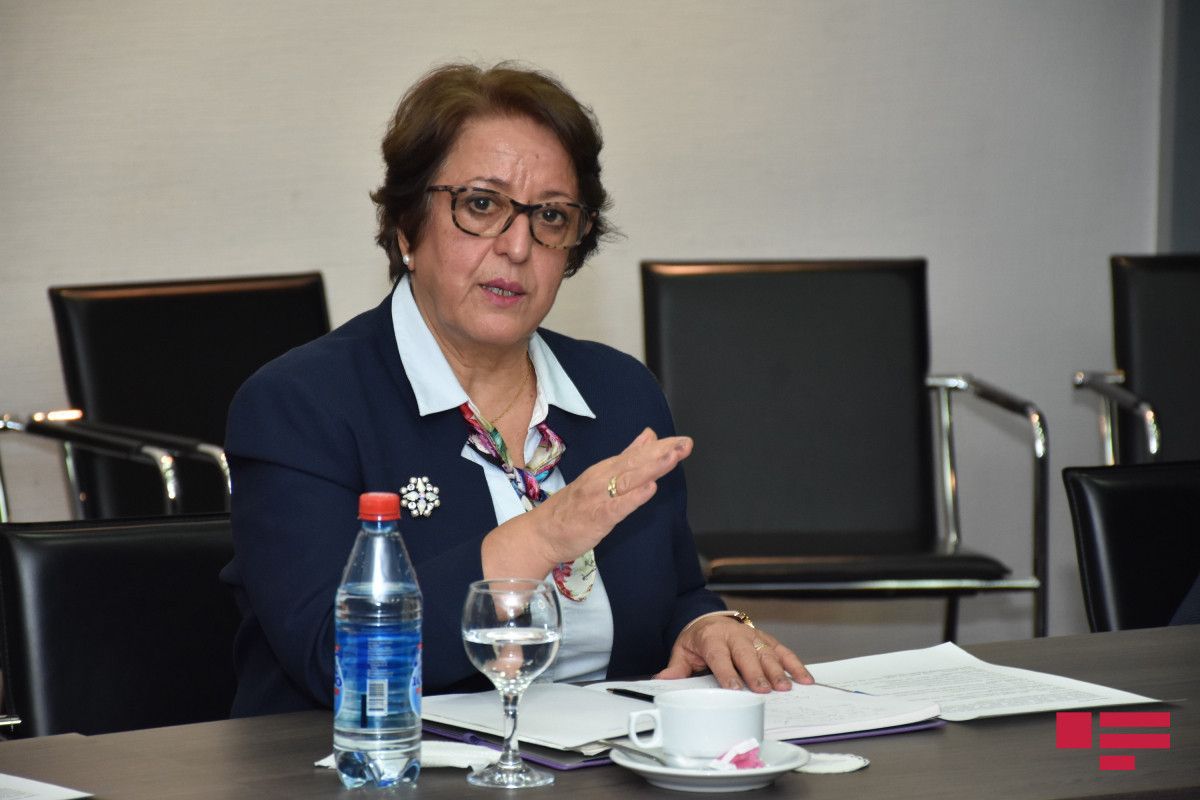