The project to improve Neftchala region's water supply, which is implemented under the Azerbaijani presidential order, has been completed, Azersu has reported.

From early November, Neftchala began to receive high-quality and sustainable drinking water from a new source. It should be noted that before there was a drinking water shortage in the city.

According to the project launched in June 2020, it was decided to supply drinking water to Neftchala from the Shirvan-Mugan group water pipeline.

For this purpose, the construction of a 40-km-long transmission mainline with 560 mm diameter polyethene pipes from the mainline's Salyan-Neftchala section has begun.

It was noted that the construction of the mainline was carried out in a complex geographical area.

“At 16 points, crossings had been installed at the intersections of highways and rural roads, and at 18 points at the intersections with various irrigation and drainage canals. The most difficult part of the construction was carried out at the intersection with the River Kur, and for this purpose, a 262-meter-long suspension bridge was built with special metal structures,” the company reported.

Moreover, to ensure sustainable water supply to Neftchala and surrounding villages, a 7,500-cubic-metre reservoir was built in parallel with the construction of a pipeline.

Furthermore, the construction of the second transmission line from the Shirvan-Mugan group water pipeline to the region is planned at the next stage in order to provide villages and settlements of Neftchala region with sustainable drinking water.

It should be noted that due to the new infrastructure, more than 80,000 resident of Neftchala will have access to quality and sustainable drinking water.

Likewise, it is planned to reconstruct the drinking and wastewater networks of Neftchala, which were built during the Soviet period and reached the end of their service life. According to the project, 118 km of drinking and 116 km of wastewater networks will be created in Neftchala, as well as in Banka and Kurkand settlements adjacent to the city centre, and a wastewater treatment plant with a capacity of 4,000 cubic meters per day will be built.

Additionally, it should be noted that due to the drought in recent years, the water level in the River Kur decreased and as a result of the Caspian Sea mixing with river water, the supply of drinking water from the Kur source to Neftchala and more than 30 villages was suspended. Thus, in order to solve the problem, Azersu, the Emergencies Ministry and the Neftchala region's executive authorities took urgent measures to meet the population’s demand for drinking water in an alternative way. For this purpose, vehicles were involved to transport water from the city of Salyan and temporary water tanks were installed in the settlements.

Azerbaijan’s water reserves are estimated at 30.9 billion cubic meters, out of which 33 percent are local inland waters and 66 percent are transboundary rivers. 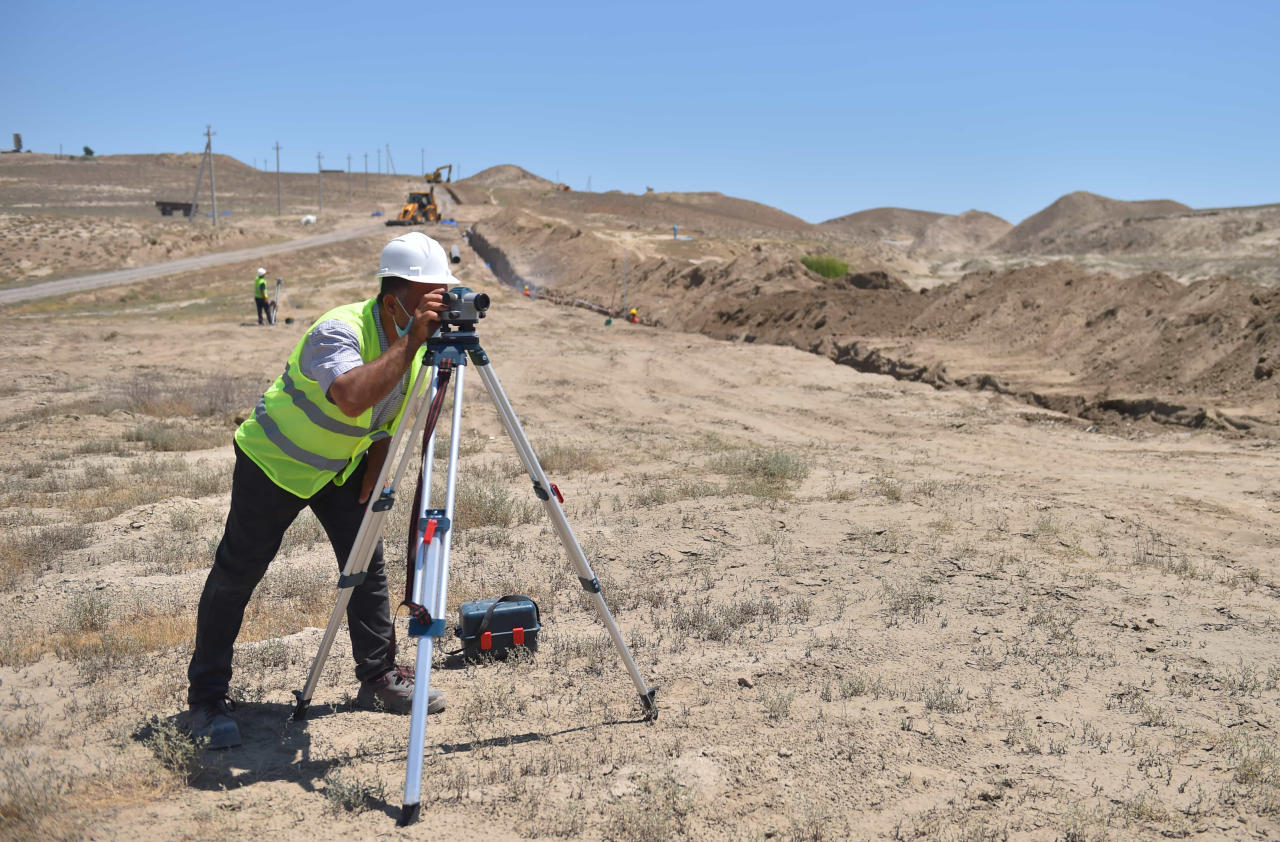