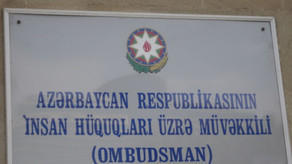 A UNICEF statement of October 28, 2020 on the ongoing hostilities in Nagorno-Karabakh and the surrounding areas, double standards were allowed, the truth about the killed children was hidden, the Office of the Commissioner for Human Rights (Ombudsman) of Azerbaijan told Trend.

Ombudsman of Azerbaijan Sabina Aliyeva, taking as a basis the fact that the number, names and surnames of killed Azerbaijani children where they were killed, as well as the names of the districts were deliberately not indicated in the statement, she strongly objected to this and appealed to UNICEF Executive Director Henrietta Holtzman Fore.

The ombudsman said that the children died due to the missile attacks by the Armenian Armed Forces, carried out from the territory of Armenia at settlements located far from the conflict zone. The omission of these facts in the statement suggests that UNICEF is not taking an impartial position, it uses double standards and aims to link human casualties to the war zone.

The Armed Forces of Armenia, in gross violation of the norms of international law, have subjected densely populated cities and areas located in the frontline zone, as well as far from the combat zone, to intensive shelling. As a result, 90 people were killed, including 11 children. Among the 395 injured, 48 are children.

Supressing this means to close eyes to the ongoing terror of Armenia against the civilian population, to create conditions for a gross violation of the norms and principles of international law, including the Geneva Conventions, especially the provisions of the UN Convention on the Rights of the Child.

Based on the above facts and the results of the fact-finding mission, Ombudsman Sabina Aliyeva called on the UNICEF Regional Director to demand a position at the UN level regarding Armenia's military aggression against the Azerbaijani civilians, accompanied by human casualties, including killings.

The Azerbaijani ombudsman also proposed to conduct a joint fact-finding mission. So far, no fact-finding activities have been carried out by UNICEF.

In connection with the above-mentioned, Sabina Aliyeva protested against the UNICEF statement of October 28, 2020 regarding the ongoing hostilities in Nagorno-Karabakh and adjacent regions and demanded UNICEF to outline its position on the above facts about the death of children, to take the most effective measures to prevent war crimes in Armenia and to ensure the overriding interests of children.