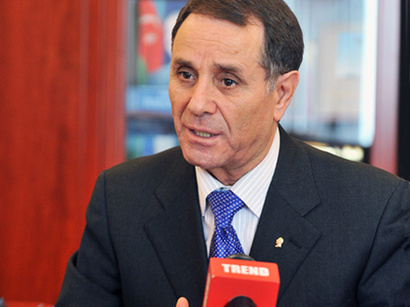 The conflict between Armenia and Azerbaijan over Nagorno-Karabakh remains to be a source of danger for the whole region with the potential of escalation to turn to a new war. The problem promises huge disaster to the region along with hampering its overall development.

While Armenia refuses to fulfill the UN four resolutions on immediate withdrawal from the internationally recognized territory of Azerbaijan, the international mediators are more confused in their efforts to regulate the conflict.

Although, Azerbaijan which is suffering from Armenian occupation of its lands for over 20 years is loyal to the Karabakh peace process, whilst the current inactivity of international community pushing the talks to a passive phase after April incidents makes Azerbaijan to think about war to restore its territorial integrity. And this dangerous option tends to create tensions in the whole region if the second happens.

The Armenia-Azerbaijan Nagorno-Karabakh conflict is the main obstacle to the development of not only Azerbaijan but also the whole region, Novruz Mammadov, deputy head of Azerbaijani presidential administration, chief of the administration's foreign relations department, said in his article posted in the “Azerbaijan” newspaper.

An integral part of Azerbaijan – Nagorno-Karabakh and seven surrounding districts are under Armenian occupation for more than 20 years, said Novruz Mammadov, adding that as a result of Armenian military aggression, 20 percent of Azerbaijani territories was occupied and more than one million Azerbaijanis became refugees and IDPs.

Mammadov once again stressed in his article that Azerbaijan’s position implies solving the conflict’s peaceful settlement in accordance with international norms and principles and within the framework of Azerbaijan's territorial integrity.

However, Armenia clearly defends its aggressive stance every time, which, in turn, raises Azerbaijan’s doubts about the peaceful resolution of conflict.

No progress has been achieved so far during the negotiations held with the mediation of the OSCE Minsk Group, noted the top official adding that Armenia isn’t interested in the conflict’s settlement and tries to keep the situation of “no war” and “no peace.”

He went on to add that the April events have once again proved that freezing the conflict can lead to war at any time.

Despite the support of international mediators to Azerbaijan's territorial integrity, no unequivocal position is stated on the issue, said Mammadov.

Although Azerbaijan keeps warning about the problems that the frozen conflict may pose, the international community does not hold optimistic views regarding the further progress of its solution.

Russian presidential aide Yuri Ushakov said on October 13 that Moscow is not optimistic about the settlement of the Nagorno-Karabakh conflict in the near future, adding that Moscow will continue to work with Baku and Yerevan on the issue.

A similar statement was made by the U.S. Secretary of State John Kerry that the leaders of Azerbaijan and Armenia are not ready to resolve the conflict.

Both statements were strongly criticized by Azerbaijani state officials.

U.S. Secretary of State John Kerry’s statement about unreadiness of the leaders to resolve the Nagorno-Karabakh conflict surprises and upsets, said Novruz Mammadov.

Ushakov’s statement was criticized by the spokesman of Azerbaijan’s Foreign Ministry Hikmet Hajiyev.

“The remarks by Yuri Ushakov contradict the spirit of the Vienna and St. Petersburg meetings of the presidents and the OSCE Minsk Group co-chairs’ statements, voiced repeatedly at the presidential level, on unacceptability and volatility of the status quo,” said Hajiyev.

“The substantive talks should ensure changing the current status quo, which is unacceptable and unsustainable, and the withdrawal of Armenian armed forces from the occupied Azerbaijani territories,” added Hajiyev.

Azerbaijan is waiting for concrete steps by the countries co-chairing the OSCE Minsk Group and the international community for the conflict’s fair settlement.

The fact of failure to comply with principles of justice draws not only the region but also the whole world to a crisis.