The visit to liberated territories was held within an international conference on "UNESCO conventions' role in preserving cultural values and aspects of improving their application".

The delegation was accompanied by Senior Advisor to the Special Representative of the Azerbaijani President in the Karabakh Economic Region (except for Shusha) Araz Imanov and Secretary General of the ICOMOS Azerbaijan National Committee Rashad Aliyev.

As part of the visit, the ICOMOS delegation and cultural heritage experts viewed the Imarat complex, the Alley of Martyrs, the ruins of the Aghdam Dramatic Theater, Juma Mosque, Shahbulagh Castle, and the Giyasli Mosque in Aghdam.

The guests were given detailed information about the history of Aghdam. It was noted that before the Armenian occupation, Aghdam was one of the largest and most developed cities not only in the Karabakh region but also in the republic.

Cemeteries and historical and cultural monuments were also subjected to Armenian vandalism.

The delegation that got acquainted with Armenian vandalism in Aghdam and left for Fuzuli. 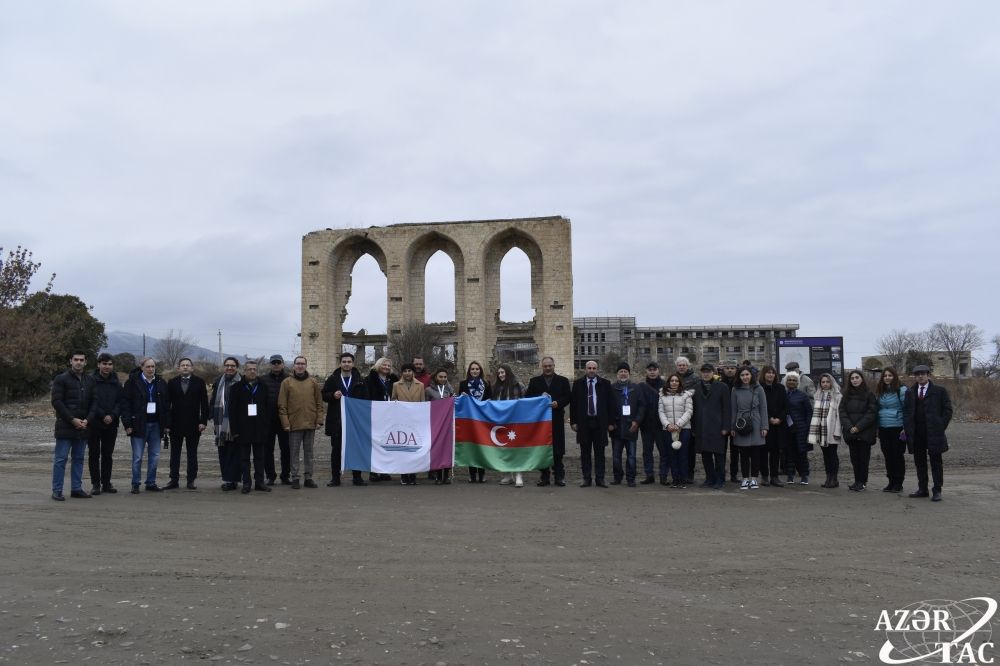