An exhibition of interesting national artist Niyaz Najafov opened at the Baku’s Museum Center on November 28.

The event is organized jointly by Fine Arts and Decorative Art Sector of the Ministry of Culture and Tourism, the State Gallery and the Museum Center.

Addressing the event, chief of fine and applied arts department of Ministry of Culture and Tourism said that unique combination of traditional painting and cartoon techniques is one of the main features of the artist's style.

Speaking about Najafov`s creativity, the speaker said that his paintings attracted the attention of the people, though they are not optimistic. Some works of the painter can only be regarded as caricatures. Sometimes the works created by him are expressive satire and sometimes are humorous.

At first glance, it may seem that his paintings are too depressive and gloomy. But then you realize that Niyaz is trying to show people without artistic flourishes. To many of his works the artist does not give a name, leaving a viewer a chance to think about.

The artist did not immediately devote himself to art. After graduating from Baku Physical Education College in 1985, Najafov was engaged in professional sports, which became his life’s passion. Niyaz was also fond of drawing since childhood, but only since 2003 began to paint professionally.

The exhibition will last until December 2. 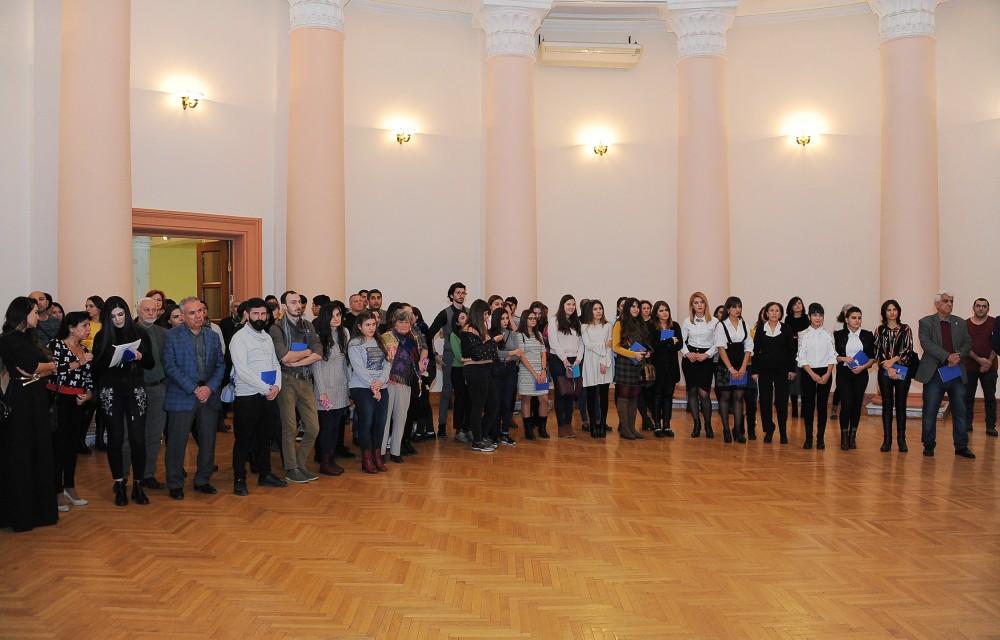