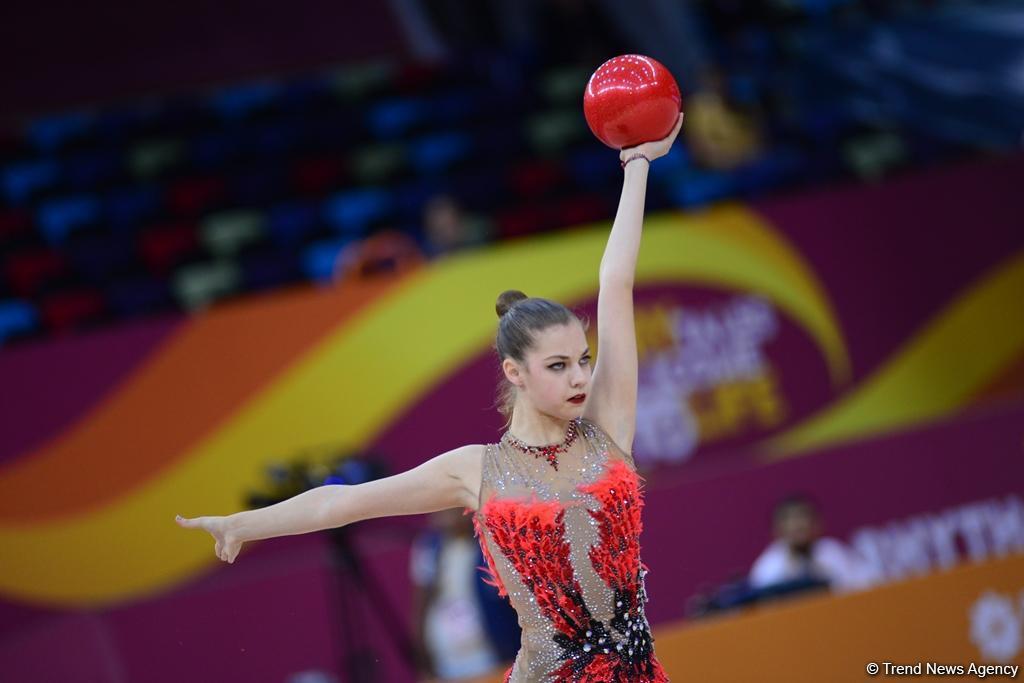 Azerbaijani gymnasts Zohra Agamirova and Veronika Hudis are happy with how they performed exercises with a ball as part of the qualification events of the 37th Rhythmic Gymnastics World Championships in Baku, Trend reports.

“We are pleased with the way we completed the program,” Veronika Hudis said. “But it was possible to perform better, we lacked confidence when performing the elements. It’s easier to perform in our home country, the audience helps. We feel responsibility, because the competitions are licensed.”

“Yesterday there were flaws in the program with a hoop, today we did better,” said Zohra Agamirova. “In my exercise with a ball I really like the musical composition, I like to perform this program. I was a little excited, but the audience supported us, and this helped.”

Azerbaijani gymnasts also noted that they don’t think about rivals, and first of all they want to best themselves.