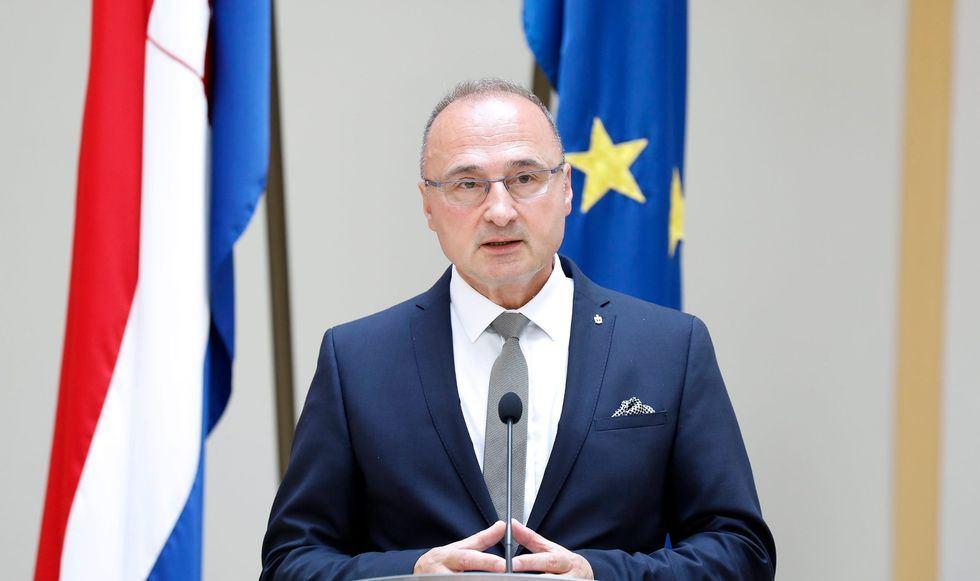 Question: How has the COVID-19 pandemic affected the Croatian-Azerbaijani trade turnover since the closure of borders?

Answer: We are glad to say that the COVID-19 pandemic and the closure of borders did not have a negative impact on trade in goods between Croatia and Azerbaijan, because in 2020 both Croatian exports to Azerbaijan and Croatian imports from Azerbaijan increased.

Croatia is among the top 5 importers of Azerbaijani goods in the world and no. 3 among EU member states.

The most common Croatian exported goods to Azerbaijan were cosmetics. It is important to point out that Croatia can offer Azerbaijan a number of products, especially those of high technology from the pharmaceutical industry. Negotiations are underway on new projects in several sectors (IT, demining machines, and energy). In the event of an agreement being reached, it will partially alleviate the large trade imbalance.

Q.: What was the role of the opening of Croatian embassy in Baku in boosting the relations?

A.: Last year Croatia and Azerbaijan celebrated the 25th anniversary of the establishment of diplomatic relations. I have to say, with great pleasure, that our relationship is one of friendship and partnership. Croatia considers Azerbaijan an important strategic partner. In 2013, we signed the Declaration on Strategic Partnership with the aim to encourage more intensive exchanges between our state bodies, businesses, non-profit organizations and citizens. Opening of the Embassy of the Republic of Croatia in Baku, in 2018, was the next logical step. The highest diplomatic presence, realized through the Embassy, undoubtedly contributes to a more active and regular exchange of views on foreign policy issues and global challenges, but most of all, it enhances bilateral interaction. In diplomacy, as you know, being represented „on the ground“ is the best way to work together for the benefit of both our countries and peoples. The opening of the Embassy has additionally contributed to the already fruitful political, economic and cultural cooperation between Croatia and Azerbaijan. With the same aim, Azerbaijan opened its Embassy in Zagreb in 2011. So, to answer your question, our relationship has a rising positive dynamic, especially in the fields of trade and economy, and the opening of the Croatian Embassy in Baku has certainly contributed to it.

Q.: How do you assess the work of the Joint Intergovernmental Commission on Economic Cooperation for development of bilateral ties in various spheres of economy?

A.: Further expansion of current cooperation is in the interest of both our countries and the work of the Joint Intergovernmental Commission on Economic Cooperation is invaluable, since it gives a strong impetus to the development of bilateral relations. At its first session in 2017, the Commission exchanged perspectives on economic cooperation, especially in the fields of industry, energy, transport, communications, IT, culture, tourism, youth, sport, health, agriculture, as well as in the development of the legal framework for bilateral cooperation. Therefore, it is an excellent platform for setting common goals, monitoring progress of their achievement and defining new steps in enhancing economic cooperation. The Joint Commission contributes to establishing direct contacts between companies and other legal entities with the view of encouraging investments and promoting exchange of information in economic areas. I have been informed recently that our Embassy in Baku had accelerated the procedure of convening the 2nd session of the Joint Commission, which is supposed to take place at the end of September or at the beginning of October this year in Zagreb.

Q.: Croatia and Azerbaijan are bound by such a promising project as the Ionian Adriatic Pipeline (IAP), which will provide Croatia access to the Azerbaijani gas via the Southern Gas Corridor. What is the status of implementation of IAP project in Croatia?

A.: The IAP project is important for South East Europe as a new gas supply route, which, in addition to improving security of supply, also ensures diversification of sources in line with Energy Union objectives. The operative promoter of the project in Croatia is Plinacro, which has prepared complete documentation for the establishment of the IAP-project company and its headquarters in Dugopolje, Croatia. Given the situation with the COVID-19 pandemic, these activities have slowed down. However, Plinacro applied the project for the 5th PCI list to be adopted by the end of 2021. Also, the project is highlighted in the EU enlargement documents and is particularly important because of the gasification of Montenegro and the opening of a new supply route for Bosnia and Herzegovina. We are particularly grateful to SOCAR and the Government of Azerbaijan for the continuous and great support in the preparation of the project.

Q.: How do you assess the role of the Southern Gas Corridor in ensuring Europe’s, in particular, Croatia’s energy security?

A.: The Southern Gas Corridor is extremely important for South East Europe (SEE) as well as for the whole of Europe, as it addresses two crucial issues related to EU energy policy: on the one hand, it contributes to the diversification of natural gas sources for the EU, and on the other, it ensures the security of supply. This is particularly important because electricity production is partly still related to coal in this area, so securing a new gas supply route allows SEE countries to shift to a much better energy source. The Southern Gas Corridor also greatly contributes to the energy stability of SEE and beyond.

Q.: In which spheres do Azerbaijan and Croatia still have untapped potential and great prospects for development of bilateral cooperation?

A.: There is great potential in energy cooperation, especially in the area of renewable energy sources, bearing in mind our experience with hydro power plants. This is particularly interesting in the context of the reconstruction of infrastructure in Azerbaijan, in an area that has recently been the focus of conflict. We also see great potential in the IT sector, having in mind the considerable number of Croatian IT companies having state of the art performances and a great experiences working abroad. Last but not least, I can mention globally renowned Croatian companies dealing with demining – companies that produce one of the best demining machines as well as those doing the demining job on the field.