The first incident was registered on July 1, at 1745 hours, in the service area of the Horadiz border detachment’s border post near Beylagan region’s Garadagli village. The border guard discovered traces of a state border breach from Iran in the direction of Azerbaijan.

The service area was blocked, the border strip and control devices were examined, and human footprints were discovered. As a result of the complex operational search measures with the involvement of service dogs, Iranian citizen Siyavush Parvin (51), who was hiding in the area, was detained.

The second incident occurred on July 1, at 0945, in the service area of the border post of the Goytapa border detachment near Yardimli’s Avash village. An unidentified person violated the state border from Iran in the direction of Azerbaijan.

The border duty was informed promptly, and the service area was cordoned off. The border guard apprehended a border violator, an Iranian citizen Mahmoud Javid Mohammadali (37) who disobeyed the "stop" command while attempting to leave the area.

Another border breach took place on July 1, at 2225 hours, in the Khudat border detachment’s border post close to Khachmaz’s Khanoba village. An Iraqi citizen, Alkateenat Mustafa Hussein Fadhil (26), who attempted to cross the state border from Azerbaijan to Russia, was detained as a border violator.

The latest incident was recorded on July 1, at 1030 hours, when an unknown person was detained by the border guard while violating the state border from Georgia to Azerbaijan in the service area of the Zagatala border detachment’s border post near Balakan’s Sharif village.

The detained person has been identified as Hasanov Kamil (31), an Azerbaijani citizen, and a resident of Goychay region. During the inquiry, it was discovered that he traveled to Georgia on June 23, 2022. 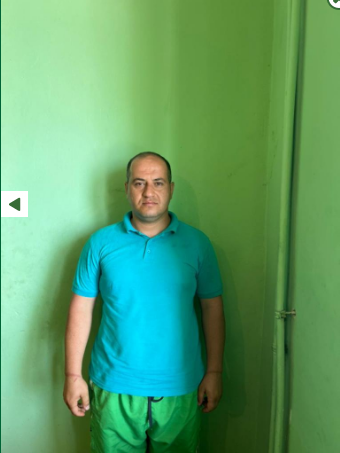