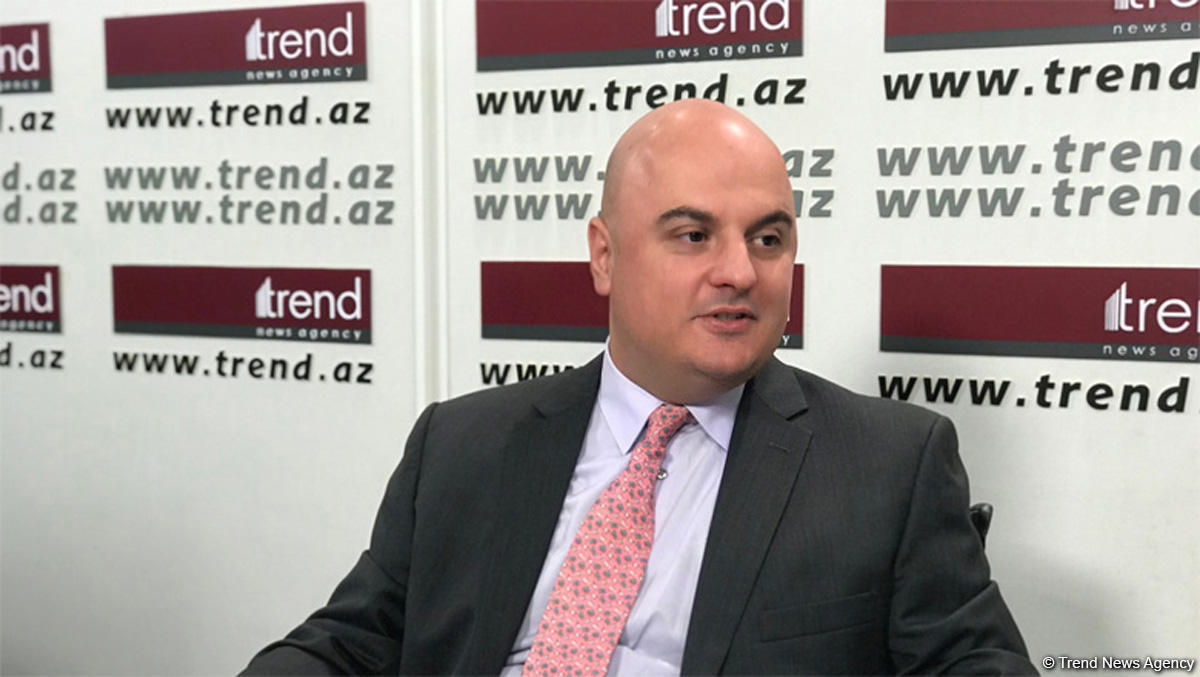 “What the president of Azerbaijan has been doing over the last 10 years with the Baku Process, there is no other head of state who has been doing so much in promoting international peace, international security and fostering economic growth not only in the Caucasus, but also throughout Europe and beyond,” he said.

Tase noted that Baku International Humanitarian Forum addressed many issues from humanitarian aid to disinformation, to information warfare, the 10th anniversary of Baku Process and the most pressing problems that the world is facing today.

“Those are some of the matters that this year’s forum was able to address effectively and bring to the center of attention the most pressing challenges that the world is facing today. At the same time, I had a pleasure to deliver a speech in the disinformation session and I spoke about the human environmental destruction in the occupied territories of Azerbaijan committed by Armenians,” noted the expert.

Tase said it is very sad to observe that the international community has been silent in addressing the Nagorno-Karabakh conflict and unfortunately, OSCE has lost relevance and the Minsk Group even more so.

“It is not delivering the mission for which it was originally assigned and I believe that the UN and all of its relevant parties should pay a close relook to the situation, because the Nagorno-Karabakh conflict has direct implications towards the fulfillment of the UN Sustainable Development Agenda 2030. Without peace in the Caucasus, without the recovery of the full territorial integrity of Azerbaijan, these Sustainable Development Goals 2030 so much promoted by the UN will not be fulfilled, will not be accomplished,” he said.

The expert pointed out that the situation in Nagorno-Karabakh is very tragic.

“We have provocations from the Armenian armed forces going on every day. The major international media outlets do not pay enough attention to this crisis, at the same time, you do have a major environmental destruction going on in the occupied territories of Azerbaijan,” said Tase.

What should be emphasized is that the government of Azerbaijan has been very patient, it has been very understandable and has been working hard to solve this armed conflict by peaceful means, he said.

“But on the other hand, the newly elected government of Armenia prefer to maintain the status quo and refrain from engaging in effective dialogue and effective negotiations, and that’s the most critical problem that we have now,” said the expert.

Tase noted that the absence of the international pressure towards the Armenian government that is very concerning.

Metsamor nuclear power plant is another issue that was never brought up at the Parliamentary Assembly of the Council of Europe. That is not only the problem of Armenia, but also for the whole region,” he said.

Tase went on to add that close trade relations between Azerbaijan and Europe must be joined with direct and concrete measures taken by European countries when it comes to solving the Nagorno-Karabakh conflict.

“It is critical for Europe to maintain close commercial and trade relations with Azerbaijan. At the same time, this must be joined with direct and concrete measures taken by European countries when it comes to solving the Nagorno-Karabakh conflict. I am one of those few scholars who believe that oil and energy cooperation between Azerbaijan and Europe should not be addressed in an isolated fashion from other agenda items that exist between EU and Azerbaijan,” said the expert.

Tase noted that over the last years Azerbaijan has an acceleration of the energy projects, the country has a wonderful progress in terms of building pipelines and providing natural gas to European countries.

“But at the same time, European countries, and EU member countries are not delivering reliable, concrete results when it comes to solving the Nagorno-Karabakh conflict. Both of these matters should be addressed on a joined fashion, rather than be dealt as isolated items,” he said.

Further, talking about the progress in Azerbaijan over the last 15 years, Tase said that Azerbaijan has achieved strong microeconomic development.

“Azerbaijan’s president has been able to successfully diversify the national economic production metrics not only by developing the oil sector and pipeline sector and natural gas exports, but also implementing some positive and pragmatic policies that strengthen the agricultural economy, dairy production and domestic production of grain,” said the expert.

He noted that now Azerbaijan has a more diversified economic platform and is becoming a prestigious brand when it comes to wine production, tea exports and carpets manufacturing, silk production and many other enzootic and useful products for other countries.

“The government of Azerbaijan has been able to successfully diversify the economic production framework. This will have a positive impact in the long run and will help further reduce the unemployment in the short term,” said Tase.

The expert noted that Azerbaijan has impressive culture, unique history and it has contributed to the strengthening of democratic institutions not only in Azerbaijan, but throughout the world.

“The promotion of Azerbaijani culture in the US has been going through various positive results thanks to the hard work and determination of Azerbaijan’s President Ilham Aliyev and also thanks to Ambassador Elin Suleymanov, who has been very active in conducting so many lectures and public events that bring Azerbaijan closer to the US society,” said Tase.

He pointed out that multiculturalism of Azerbaijan is an important asset for the world.

“Baku has become the world’s capital city of multiculturalism and interreligious dialogue. At the same time, in Baku we see the rare combination of various architecture schools and that speaks volumes and that speaks so much about Azerbaijani culture, history and folklore. Another important factor is the economic cooperation between Azerbaijan and the US, which is at its best levels. The diaspora of Azerbaijan in the US is also playing an important role to bring the two countries together and make sure that there is no misunderstanding in the communications between these two cultures, two nations and governments,” added Tase.

Tase also spoke about his own initiatives to develop cooperation between Azerbaijan and Latin America.

“One of the projects that I have been trying to promote now is the tourism project between Azerbaijan and Argentina. We are trying to bring three groups of tourist from Argentina to Azerbaijan. Each group will include on average ten people. We are working closely with Equilibrium Global, digital journal published in Buenos Aires. The editor of this web-page is Diego Fernando Velaskes. He is very active in promoting Azerbaijan in Argentina. This is one of the projects we have been working on together. There are some tours that will take place from Uruguay, Chili within the tourism framework in the coming years,” he added.