Famous dancer Farid Kazakov and talented violinist Nijat Feyziyev have performed with a fascinating concert during the quarantine.

In the Baku Olympic Village, Farid Kazakov met a talented violinist, a graduate of the Baku Music Academy Nijat Feyziyev.

"I invited him to take part in the concert, while creating several joint duets. We were given a whole large hall for rehearsals. The concert turned out to be very interesting. We presented our solo and duet performances in classical and modern styles. The audience thanked us for holding such event. It’s real happiness to share your joy and positive emotions with people ", he told Azernews.

Farid Kazakov stressed the importance of quarantine measures in the fight against the coronavirus pandemic and expressed gratitude to President of Azerbaijan Ilham Aliyev and First Vice- President Mehriban Aliyeva for the measures taken and the excellent conditions created in the quarantine center.

"Now is a very difficult time for all of us, which  tests us for strength and will. The people of Azerbaijan have long been known for their strength and perseverance.  The main thing is to believe and hope for the best. Lets not forget about positive emotions, love as well as creativity in our  blood. For this purpose, I decided to organize a concert for the people here," he said.

Notably,  Farid Kazakov is a multiple winner of prestigious prizes. 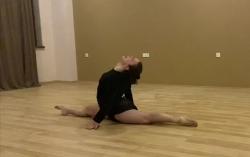