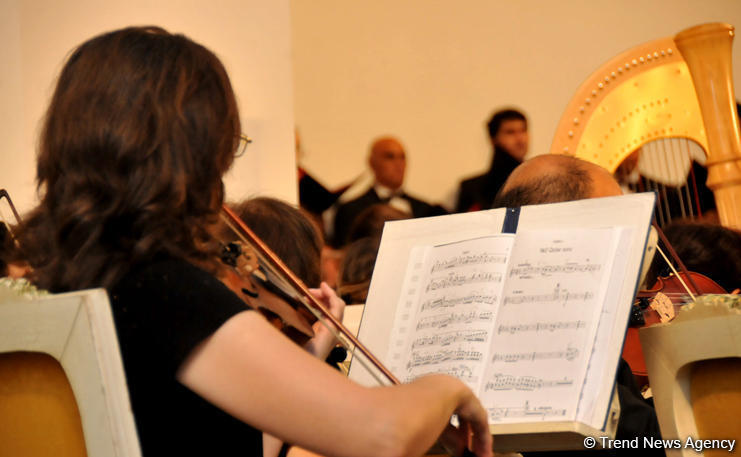 A music festival dedicated to the 85th anniversary of the creation of  Azerbaijani Composers' Union will be held in Baku on October 25-28.

The opening of the festival will take place at the Philharmonic Hall on October 25, Trend Life reported.

The State Symphony Orchestra will perform at the concert. The orchestra will be conducted by Mustafa Mehmandarov.

As part of the festival, a series of marvelous concerts will be held in the Philharmonic Hall, Azerbaijani Composers' Union, Baku Music Academy, the State Academic Opera and Ballet Theater and the Rashid Behbudov State Song Theater. The festival's closing ceremony will be held at Heydar Aliyev Palace.

Along with concert programs, a scientific conference entitled "Achievements of Azerbaijani musical culture in recent years and prospects" will be held in Azerbaijani Composers' Union on October 27.

Azerbaijan Composers Union was established with the assistance of Uzeyir Hajibeyli on June 30, 1934, as a department of the USSR Composers Union. The founding assembly was attended by 17 composers from the USSR countries, including three Azerbaijani composers — Afrasiyab Badalbeyli, Zulfugar Hajibeyov and Niyazi. The current chairman of the Union is People’s Artist Firangiz Alizade.

Azerbaijani music to be performed in Ukraine