The Azerbaijan State Academic Opera and Ballet Theater has hosted a spectacular premiere of the grand opera "Mahsati" by Uzeyir Hajibeyli.

For the first time in Azerbaijan, 3 D video sets were used in the design of the opera.

Undoubtedly, such success is the result of many years of work of the entire creative team.

The new opera dedicated to the great poetess of the 12th Mahsati Ganjav, is a joint work of famous composer Pika Akhundova and libretto Leyla Kadirzade (libretto). The project was organized by Medeniyyet TV.

Honored Artists of Azerbaijan Inara Babayeva and Ramil Gasimov, who played the leading roles, amazed the audience with their brilliant acting skills.

Huge success of the opera is the result of collective work and joint efforts of all the creative staff, actors and everyone who took part in the new production.

Inara Babayeva, who perfectly played the role of Mahsati on stage, is at the same time the director of the opera.

Mahsati Ganjavi, a poetess and philosopher of the 12th century, was recognized not only in her epoch, but much later also. Her works are considered valuable examples of Azerbaijani and world literature.

The great poetess of Azerbaijan Mahsati Ganjavi, who lived in the late 11th - early 12th centuries, is a bright representative of the Azerbaijani Muslim revival.

Mahsati became famous in Azerbaijan’s medieval literature as a freedom-loving poetess and the master of rubai or a quatrain, a poem or a verse of a poem consisting of four lines. She spent her most creative periods in the palaces of Sultan Mahmud Saljugi and Sultan Sanjar Saljugi.

Her poems reflected the people's, especially, the women's dreams of a free and happy life. Thoughts against obscurantism also hold the main place in her works. Mahsati’s poetry is distinguished by its humanism and optimism.  She commonly wrote Rubai in Persian. Her poems have been translated into different languages.

The poetess spent the most important periods of her life in the cities of Balkh, Marv, Nishapur, Herat and Marva. Mahsati also played an active part in society, organized literature circles, and gathered young girls around her.

When she was young, Mahsati Ganjavi left Ganja for several years. She further returned to her hometown and lived there until the end of her days.Ganjavi touched the soul and inspired many writers and poets over the years.

The 900th anniversary of works by Mahsati Ganjavi was celebrated by UNESCO in 2013.

The hall named after the poet opened at the University of Upper Alsace in Mulhouse through support of the Heydar Aliyev Foundation. The street, a school, an academic institution, a museum, and some other places have been named after Mahsati Ganjavi. In 2016, monument to an outstanding poetess unveiled in France. After so many years, legendary poetess is still highly respected for her courageous poetry. 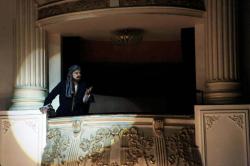