The Azerbaijani Energy Ministry and the Czech Republic’s Industry and Trade Ministry have signed an agreement on energy cooperation on September 30.

The document, which aims to expand and develop bilateral energy cooperation, was signed by Azerbaijani Energy Minister Parviz Shahbazov and Ambassador of the Czech Republic Milan Ekert.

The agreement envisages the expansion of bilateral cooperation in the spheres of oil and gas, petrochemicals, renewable energy, including bioenergy in the field of energy, and the establishment of relations between the relevant sectors in line with both countries' national legislation.

The document also covers the development of energy efficiency and energy-saving cooperation in the residential sector and large energy enterprises, and the matters such as the mutual exchange of information and practices, training sessions, joint seminars, conferences, and forums.

Support for the implementation of joint energy projects with third countries is also expressed. According to the agreement, it is planned to establish a Joint Working Group on energy cooperation.

Prior to the signing ceremony, a meeting was held between Azerbaijani Energy Minister Parviz Shahbazov and Czech Foreign Minister Jakub Kulhanek.

Speaking about the opportunities for the energy cooperation development in the oil, gas and renewable energy areas, Shahbazov stressed that the expansion of the Southern Gas Corridor will lead to cooperation on low-carbon natural gas.

The minister also briefed on the projects implemented in the field of renewable energy with a total capacity of 700 MW and planned to be brought to auctions. He invited Czech companies to participate in this process.

The Czech foreign minister noted that energy cooperation plays an important role in the development of strategic partnership relations between the two countries. He stressed the importance of assessing the existing opportunities of his country's business circles.

The Czech minister paid an official visit to Azerbaijan on September 30.

It should be noted that the trade turnover between Azerbaijan and the Czech Republic amounted to $90.6 million in the first eight months of 2021. 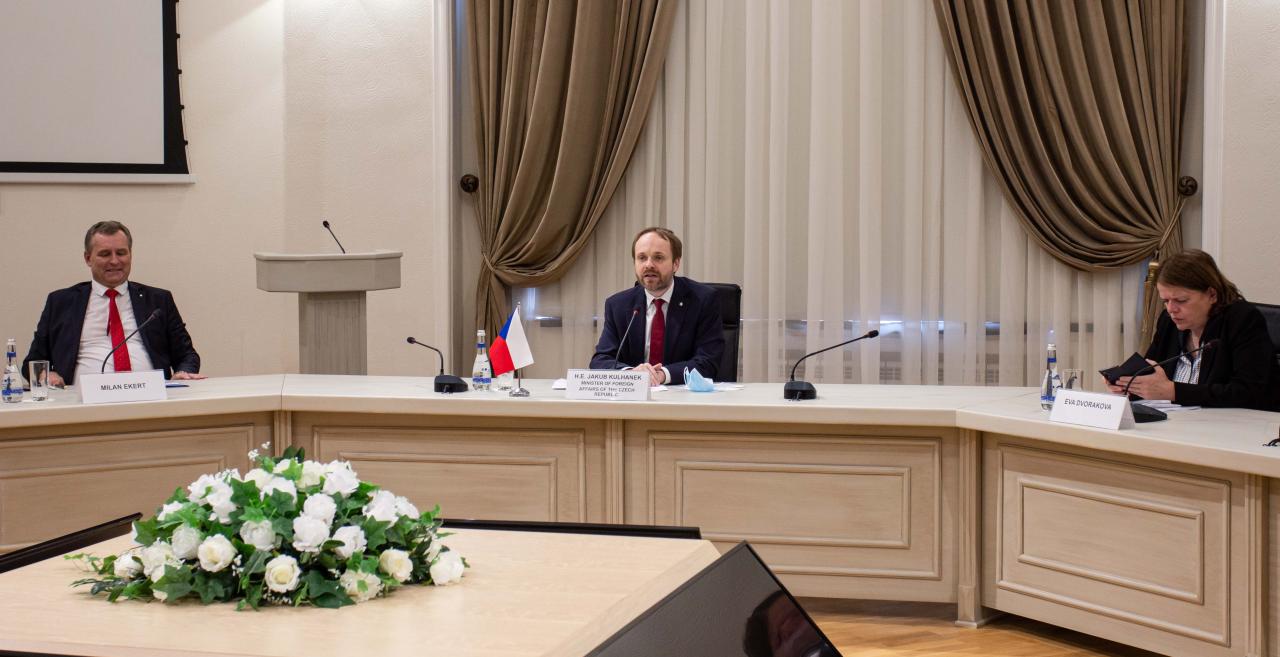