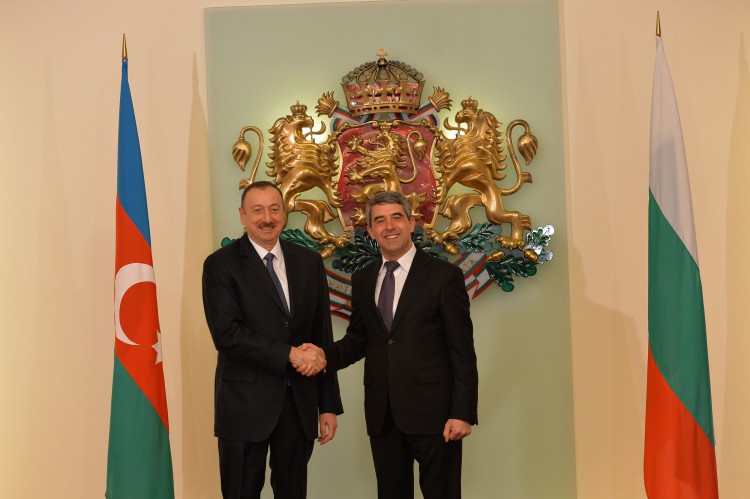 Azerbaijan’s President Ilham Aliyev, who is on official visit to Sofia, and Bulgarian President Rosen Plevneliev signed a Joint Declaration on Strategic Partnership between Azerbaijan and Bulgaria on March 4.

The two presidents met at a one-on-one meeting.

The sides expressed their satisfaction with the successful development of bilateral relations between the two countries in the political, economic, energy, humanitarian, cultural and other areas, and stressed the importance of high-level reciprocal visits.

It was noted that President Aliyev’s official visit to Bulgaria would make a huge contribution toward the ongoing strengthening of bilateral ties. They also noted big prospects and good opportunities for the expansion of such cooperation.

Following, Aliyev and Plevneliev held an expanded meeting, during which, the sides noted that the strategic cooperation between Azerbaijan and Bulgaria was developing successfully.

The role of Azerbaijan in ensuring the energy security of Europe was noted.

Azerbaijan and Bulgaria are developing friendly relations after Bulgaria recognized the independence of Azerbaijan in January 1992.

The diplomatic relations between the two countries were established in June, 1992. The embassy of Bulgaria in Azerbaijan was opened in December 1999.