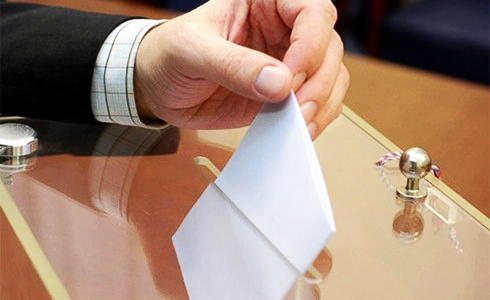 Azerbaijan's Central Election Commission (CEC) has begun printing ballots for the upcoming parliamentary elections in the country scheduled for February 9.

CEC Chairman Mazahir Panahov and CEC members got acquainted with the printing process at the Azerbaijani Parliament’s printing office on January 27.

As part of the open event organized for all interested parties including international organizations, observation missions and the media, Panahov held a briefing for media representatives. The CEC chairman informed them about recent activities and the steps taken for conducting free and fair elections, and then answered reporters' questions.

Meanwhile, submission of applications for observation of parliamentary elections in all constituencies will be completed by January 30.

Both foreign and local citizens with active suffrage wishing to observe the election process should register with the Central Election Commission not later than 10 days before the day of the elections.

Earlier, it was noted that Azerbaijan`s Central Election Commission (CEC) has accredited over 409 international and 55,492 local observers for their monitoring of the election.

Several organizations have applied to Azerbaijan's Central Election Commission (CEC) to conduct exit-polls at the early parliamentary elections to be held in the country.

According to the law, organizations willing to conduct exit-polls must contact the CEC not later than 20 days before the election day.

The period has expired, and in the coming days the media will be provided with information about organizations that have submitted documents to the CEC for conducting exit-poll.

Note that 2431 people have applied to take part in the elections to the Azerbaijani parliament. Currently, the number of candidates for the parliament is 1,374. The elections will be held on February 9.