Foreign Minister Jeyhun Bayramov has said that Armenia's failure to submit mine maps to Azerbaijan is delaying the implementation of a tripartite agreement signed by Azerbaijan, Russia, and Armenia in 2020, Trend reported on June 21.

He made the remarks in Baku at a joint presser with Kazakh Deputy Prime Minister and Foreign Minister Mukhtar Tileuberdi.

"Armenia's failure to provide mine maps aggravates the situation. Armenia recently submitted mine maps for Aghdam with the participation of international mediators. The number of mines in one region alone makes up 97,000 which shows the extent of the mine danger," he said.

Bayramov said that since the signing of the tripartite Karabakh peace deal on November 10, some 28 people have died and more than 120 have been injured in mine explosions in Azerbaijan.

Earlier, Defence Ministry spokesman Anar Eyvazov said that experts are currently conducting a full analysis of the mine maps for Aghdam region that Armenia submitted to Azerbaijan on June 12 in exchange for the handover of 15 Armenian detainees to Yerevan.

He made the remarks to comment on reports circulated on social networking platforms that part of the map for Aghdam's mined areas is not fully accurate.

"First of all, I would like to note that now specialists are conducting a full analysis of the maps. At the same time, this work is practically carried out on the spot. Therefore, it is too early to talk about any numbers and assert whether the maps meet standards [or not]... I want to say again that the results achieved in this direction will be published in due course," he said.

At the presser, Bayramov stressed that Armenia held the early parliamentary elections on June 20 and a new government is expected to be formed.

"We believe that the Armenian government will analyze the cause of the crisis [in the country] and draw the correct conclusions," Bayramov said.

He ruled out that Armenia's defeat in the 44-day war in autumn 2020 is the cause of the crisis.

Bayramov stressed that Azerbaijan supports the restoration of relations based on the norms and principles of international law, without violating the borders and territorial integrity.

"Armenia's decision in this area is its choice. We don't think there is an alternative," he said.

Speaking about the current state of ties with Kazakhstan, the minister said that a meeting of the Azerbaijani - Kazakh intergovernmental commission is expected to be held soon.

“The relations between Azerbaijan and Kazakhstan are developing dynamically and are based on a solid foundation,” he added.

Bayramov stressed the special importance of high-level visits between the two countries.

“From this point of view, the visit of Kazakhstan's deputy prime minister, foreign minister to Azerbaijan will play an important role in the development of relations between the two countries,” he said.

Bayramov stressed that the main issue is achieving the pre-COVID-19 pandemic indicators in trade between Azerbaijan and Kazakhstan.

"The meeting of the intergovernmental commission will take place soon. The issues of expanding transit ties and reciprocal steps in this sphere were discussed at the meeting [with the deputy prime minister of Kazakhstan]," he noted.

In turn, Foreign Minister Mukhtar Tileuberdi said that the implementation of the trilateral agreements signed by Russia, Azerbaijan, and Armenian in November 2020 and January 2021 will lead to lasting regional peace and promote the stable and secure development of the South Caucasus.

He added that the stabilization of the regional situation and the even larger transregional integration of the South Caucasus with Kazakhstan and the Central Asian countries create new conditions for opening the growing potential of the Caspian Sea port infrastructure given the future launch of the Zangazur transport corridor.

"I would like to note that in recent years, Azerbaijan has made significant progress in structural and institutional reforms, socio-economic development, creating favorable opportunities for business and investment. Today, Azerbaijan has become a hub of major energy and transport and logistics projects, a major player in international energy security. The new regional geopolitical reality, the opening of transport communications, strengthens your country's role as a regional centre," he said. 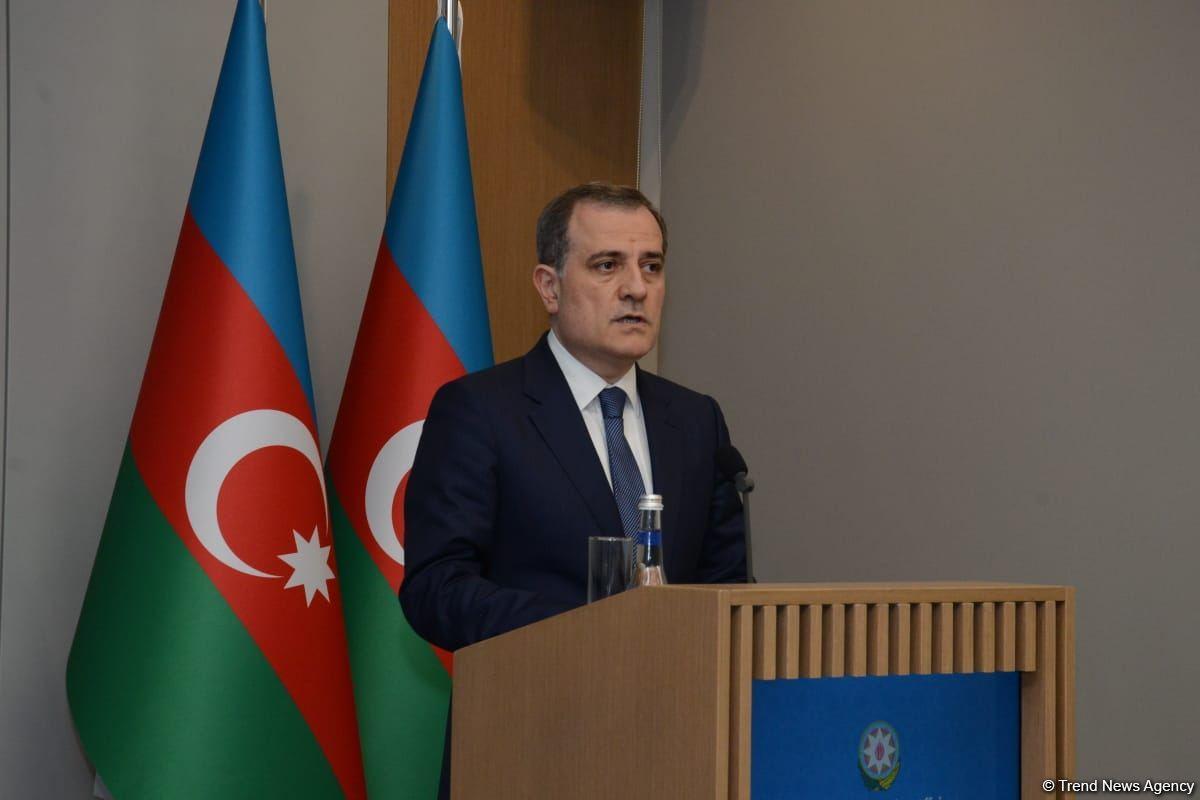