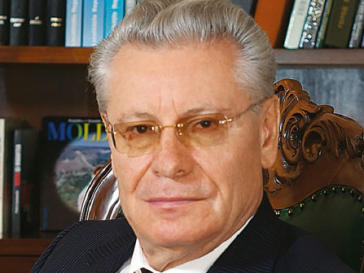 The Nagorno-Karabakh conflict has no military solution, ex-President of Moldova Petru Lucinschi told Trend on the sidelines of the 7th Global Baku Forum on March 14, 2019.

"I believe that the principled position of the UN, the US and Russia, along with that of several countries that are also interested in a peaceful solution to the Karabakh problem, is needed for resolving this conflict," the former president said.

The ex-president went on to say that, new frozen conflicts have arisen in recent years, but global players are not taking any steps to resolve them.

“Global politics are formed by major powers, and, in this case, these are the 5 members of the UN Security Council and several international institutions. There are many general talks, but nobody wants to take responsibility for the fair solution of a regional problem. I personally think that steps should be taken at the level of the UN," said Lucinschi, stressing that leading international organizations of a level such as that of the UN should give their recommendations on how to resolve conflicts such as the Nagorno-Karabakh conflict.