The mystery of Caspian Atlantis [PHOTO]

Now that the Caspian Sea level has slightly dropped, people are speculating about the mythical Baku Atlantis - the Sabayil castle, the foundation of which can be seen from the opposite side of the Ferris Wheel, or Baku Eye. The Sabayil fortification has a history dating back to 1230.

The Sabayil castle, shrouded in stories and secrets, was, of course, fascinating at all times. After all, it was constructed 350 meters off the sea. As a result, it is also known as the "Underwater City."

Shirvanshah Fariburz III built Sabayil Castle in 1235 on a rocky island in Bayil Bay, on the outskirts of contemporary Baku.

This fortress served as the Shirvanshahs family palace and was utilized for defense. This was unavoidable at a period when enemy attacks from the sea were always a possibility. Later, as demonstrated by the presence of stones with holes in the outside walls where ships were tethered, the castle was encircled by a unique fleet; around the end of the 12th century, the Shirvanshahs formed their own fleet to guard the stronghold against maritime invasions.

The Mongols attempted to take it multiple times in the XIII century, but because they lacked a navy, they attacked it from the ground with siege weaponry. They were able to damage a portion of the fortress walls, but the Sabayil castle refused to submit and was never captured.

The castle was destroyed by a big earthquake in 1306, and it fell into the Caspian Sea. As a result, the water level surged, flooding the castle.

The Caspian Sea totally drowned the Sabayil fortress from the XIV to the XVIII century. However, as the water level receded in 1723, the top of the tower was visible. The castle's top was entirely demolished, but the walls and towers, which reached a height of 2 meters, were spared.

The most intriguing discoveries were stone slabs with relief inscriptions in Arabic writing and sculpted representations of animals, birds, human faces, and fantastic creatures. The first plates were recovered from the seafloor in the early 1940s, and there are now around 700 of them.

So far, it has been managed to construct five consecutively continuing plates on which the date - 632 AH, corresponding to 1234 -1235 AD - is inscribed. The name of the master, who constructed the Sabayil, was disclosed by two little stones. The inscription says, "Master Zeindin son of Abu Rashid Shirvani's craftsmanship". "Bismillah" - "In the name of Allah" - is plainly written on certain stones.

There was also a painting of Tamar, the Georgian queen, which is understandable given that Georgia and Azerbaijan at the time had close-knit connections and a strong political union. Some sources claim that this woman is the daughter of King David the Builder of Georgia, who married Manuchehr and had a son named Akhsitan. She resided in Azerbaijan after converting to Islam. After Manuchehr passed away, she went back to Georgia and donned the habit of being a nun.

Contemporary researchers are still hopeful that they may solve the Caspian Atlantis mystery. For instance, Victor Kvachidze, the expedition leader in charge of the underwater archaeological dig, remarked, "Retreating, the sea can carry away with it numerous objects, currently silently resting at the bottom: money, ceramics, stone tools, and perhaps jewelry." 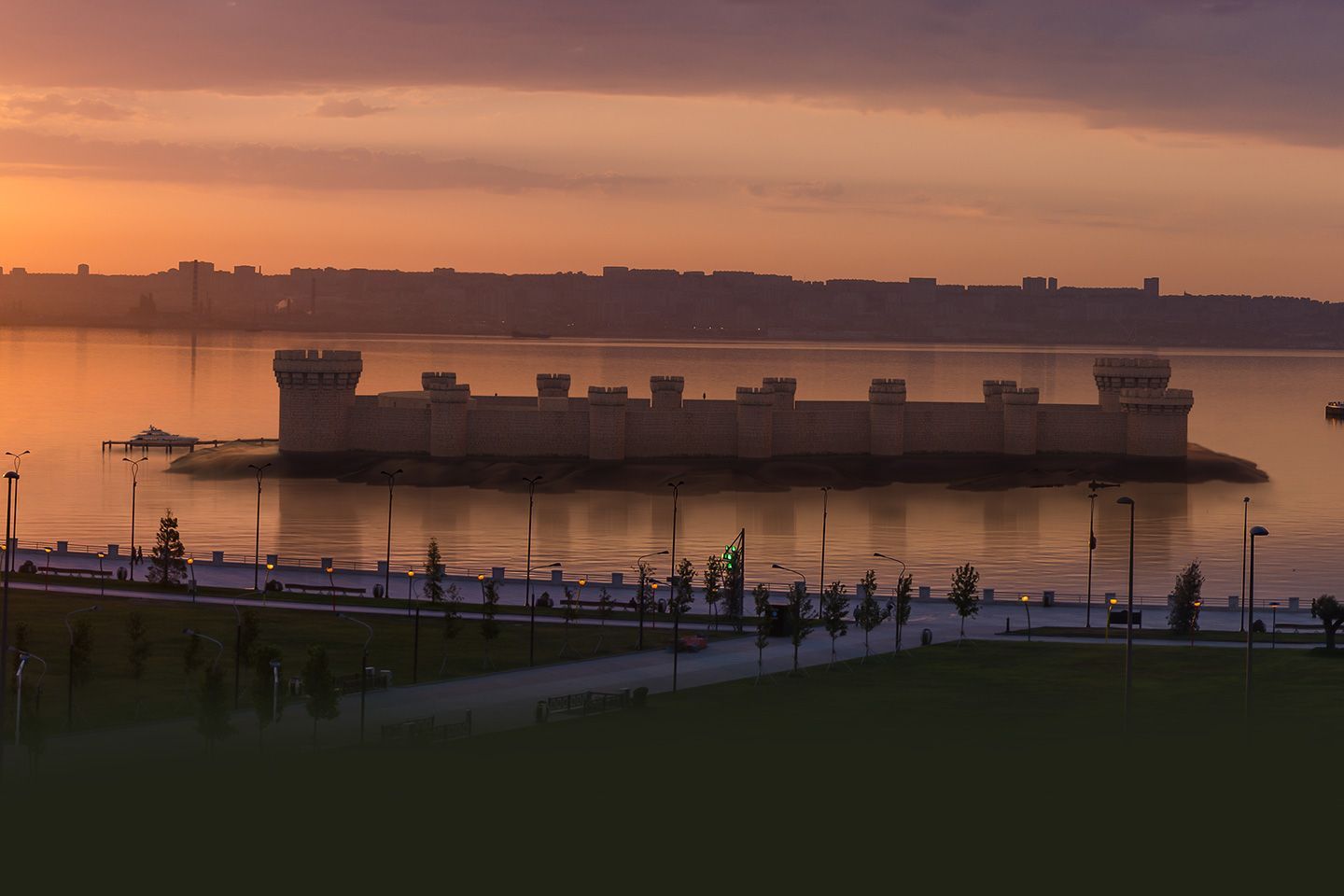