The ceremony was held with the support of the Heydar Aliyev Foundation office in Russia and the Azerbaijani Embassy in Russia.

The signed document will contribute to the further expansion of mutual cultural ties.

In his speech, Mikhail Bryzgalov noted that the Russian National Museum of Music and the International Mugham Center have been cooperating for over 10 years.

Many joint cultural projects have been already implemented within this partnership.

Murad Huseynov stressed the importance of cooperation with the Russian National Museum of Music, which has a long history and long-standing traditions.

He emphasized that the signed memorandum will contribute to the expansion of cultural ties between Azerbaijan and Russia and promotion of Azerbaijani music.

The signing ceremony was followed by a concert at the International Mugham Center.

The Mugham Center has recently signed a memorandum of cooperation with the Yunus Emre Institute.

The Mugham Center also reached an agreement with the Federal Directorate of Music and Festival Programs ROSCONCERT.

The document was signed within the framework of cooperation between Russia and Azerbaijan in the field of culture and art in 2021–2023.

The agreement is aimed at organizing humanitarian and educational projects within the framework of cultural exchange.

In January, the Mugham Center expanded ties with the Polish Baltic Philharmonic and agreed on holding joint cultural projects and concerts in the post-pandemic period. 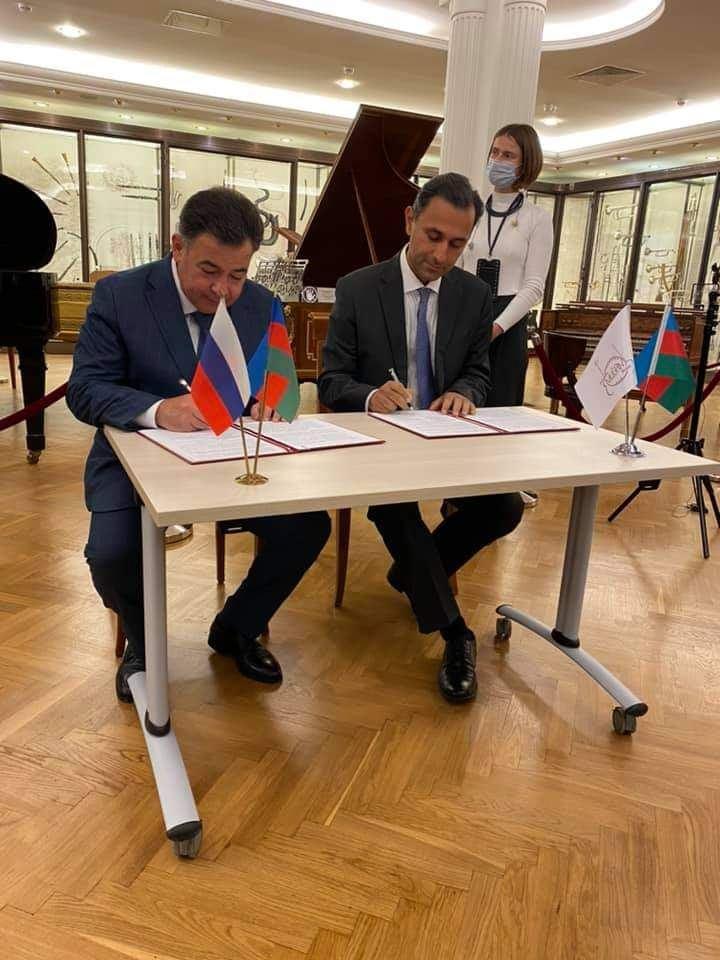