A concert dedicated to the martyrs of the Second Karabakh war has been held in Prague.

The concert was organized with the support of the Azerbaijani Embassy in the Czech Republic.

Among the guests of the evening were cultural and scientific figures, representatives of public organizations and diplomatic missions.

The Azerbaijani Ambassador to the Czech Republic Adish Mammadov addressed the event.

The Ambassador stressed Azerbaijan's successes in political and international spheres, including economy, culture and praised tolerance and multiculturalism in Azerbaijan.

Adish Mammadov pointed out that Azerbaijani Army led by the Supreme Commander-in-Chief of the Armed Forces, President Ilham Aliyev restored the country's territorial integrity of Azerbaijan after almost 30 years of Armenian occupation.

Next, talented violinist performed works of Azerbaijani and European classics. The duet of Janel Najafli with her teacher, professor Roman Fedchuk was greeted with great applause.

Janel Najafli is a student of Baku Music Academy and the Czech Conservatory in Pilsen.

She is a laureate of international competitions and festivals in Azerbaijan, Poland, Czech Republic, Russia, Belgium, USA, Turkey and other countries.

In 2020, the musician was awarded with Plzesky Orfeus prize for achievements in music. 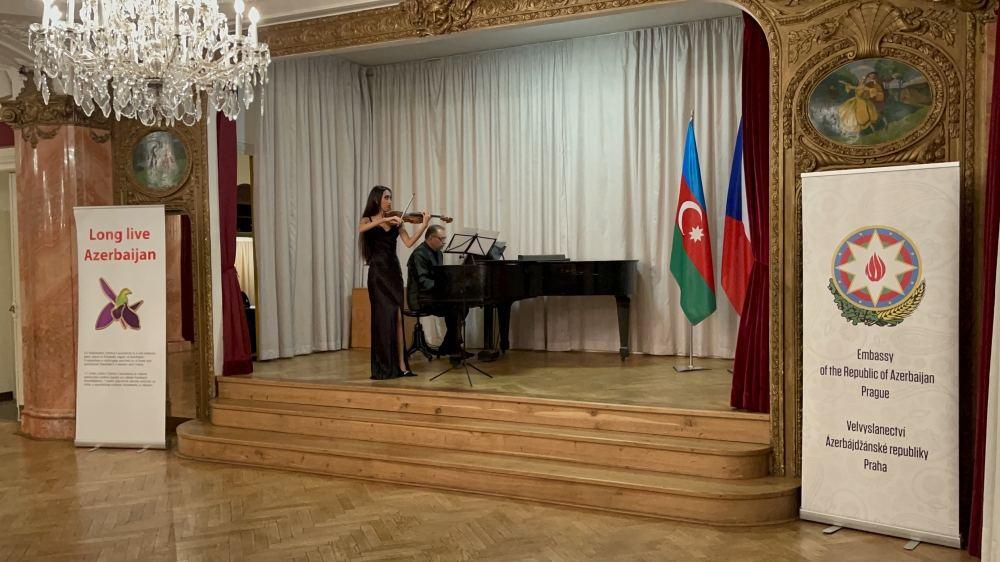