Produced by Azerbaijan and France, the film "Bilasuvar" will be premiered at Busan International Film Festival on October 25. It is the largest film festival in Asia, held annually in the South Korean city of Busan since 1996.

The full-length feature will be screened in the festival's main competition program, Trend Life reported. 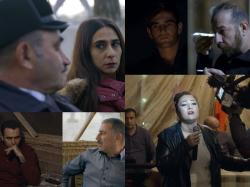