The trade turnover between Azerbaijan and the United Arab Emirates has increased by 2.5 times in January-October 2022, compared to the same period last year, Labour and Social Protection Minister Sahil Babayev said.

He made the remarks at the event organized by the UAE embassy on the occasion of the 51st National Day of the country, Azernews reports.

Noting that to date more than 30 documents on cooperation between the two countries have been signed, the minister added that the trade mission of Azerbaijan has been operating in Dubai since 2017 and Azerbaijan Trade House since 2019.

Moreover, Sahil Babayev noted the important role of the joint intergovernmental commission on economic, trade, and technical cooperation between Azerbaijan and the UAE in developing cooperation in various sectors.

The minister pointed out that Azerbaijan was one of the first countries to support the international exhibition Dubai Expo 2020. In this regard, he mentioned that at the expo, Azerbaijan was represented in a large pavilion with the theme “Seeds of the Future”.

Touching upon the large-scale reconstruction and construction work carried out in Azerbaijan’s liberated lands, he spoke about the participation of the UAE companies in this process.

In addition, he expressed confidence that the UAE business circles would be interested in participating in the projects implemented in the Alat Free Economic Zone.

Sahil Babayev also expressed hope that relations between the two countries will continue to develop on the basis of joint efforts.

For his turn, UAE Ambassador Mohammed Al Blushi spoke about the history of the formation and development of the UAE. He emphasized that the relations between Azerbaijan and the UAE are constantly expanding.

The diplomatic relations between Azerbaijan and the United Arab Emirates were established on September 1, 1992. The trade turnover between the two countries amounted to $50.4 million in 2021.

Last year, Azerbaijan and the UAE signed agreements on pilot projects in renewable energy. Under the agreement, the building of a 230-MW solar power plant is envisaged. On March 15, a groundbreaking ceremony for the 230 MW Garadagh solar power plant, to be constructed by the United Arab Emirates Masdar company, was held in Baku’s Gulustan Palace. 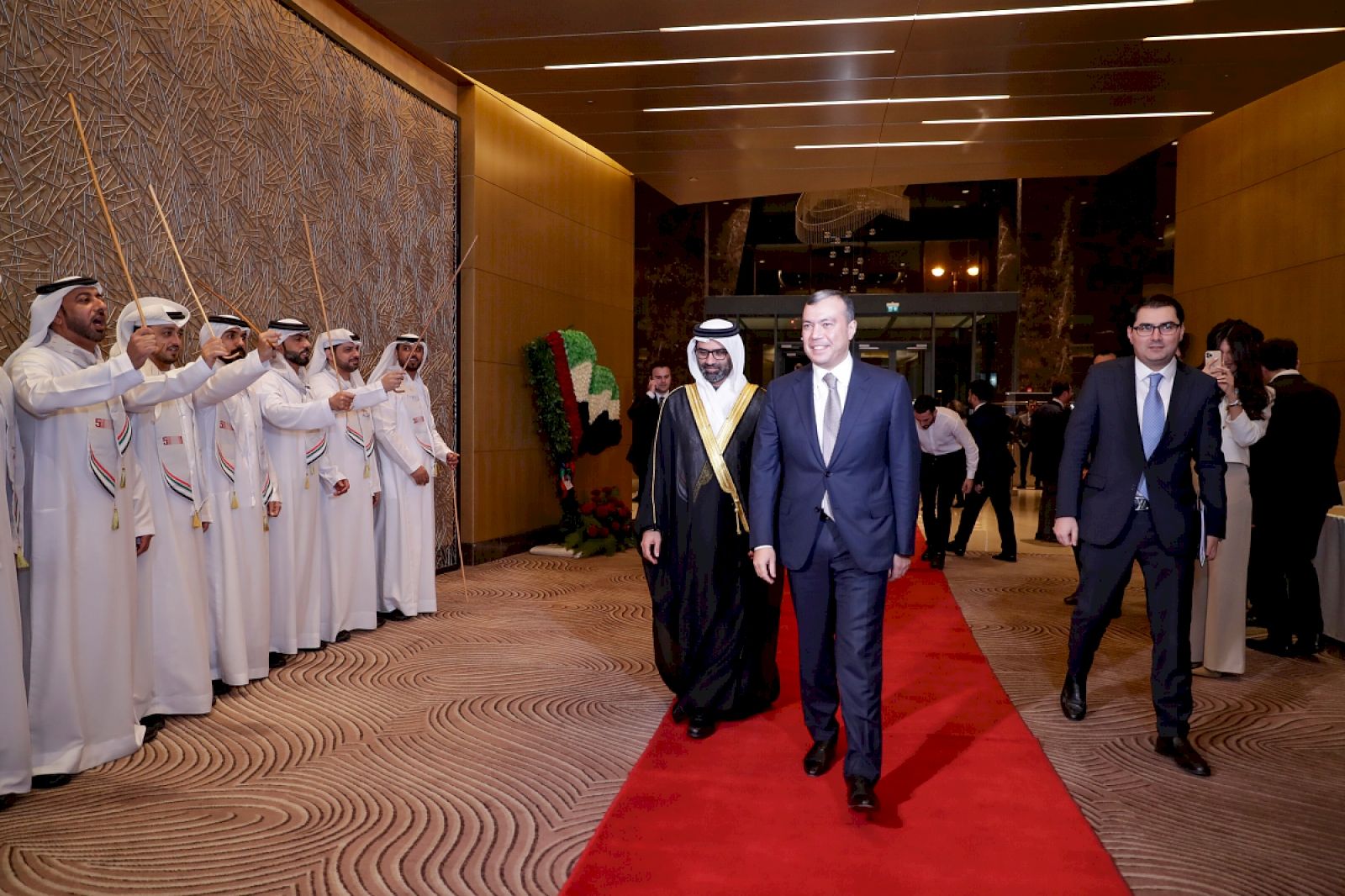