Azerbaijan is one of the key energy partners of the European Union, Ambassador Peter Michalko has said in remarks about Europe Day at ADA University.

Michalko added that Azerbaijan is one of the EU's closest partners, both in the Eastern Partnership format and in various sectors of the economy.

"Today Azerbaijan and the EU have become closer to each other more than ever," Mikhalko said.

The ambassador stated that the priorities of bilateral cooperation are also the transition to digital technologies, the development of rural areas, and people-to-people contacts.

Michalko pointed out that the new comprehensive agreement between Azerbaijan and the EU will further strengthen productive cooperation.

"We hope that the new legal framework will give us an opportunity for even wider development," he said.

Speaking at a seminar, Lithuanian Ambassador Egidijus Navikas said that the introduction of a visa-free regime between the EU and Azerbaijan can be an important step for productive cooperation.

"I intend to raise this issue," he said.

He added that the relations between Azerbaijan and the EU intensified after the end of the 2020 second Karabakh war.

Noting that the EU companies are actively involved in reconstruction work in Azerbaijan’s Karabakh, Navikas mentioned that the EU is also a mediator in establishing peaceful relations between Azerbaijan and Armenia.

Azerbaijani Foreign Ministry Ambassador-at-Large Rashad Novruz said that the new comprehensive agreement between Azerbaijan and the EU will soon be signed and will yield good results.

"Azerbaijan and the EU are predictable and mutually understanding partners. That is why our cooperation is developing," he said.

He stressed that the EU is not only Azerbaijan's largest trading partner but also ranks first in terms of investments in the country.

"The EU really seeks to enhance cooperation with Azerbaijan. We see Azerbaijan as our partner," he said.

The ambassador also expressed confidence in the further development of productive relations. 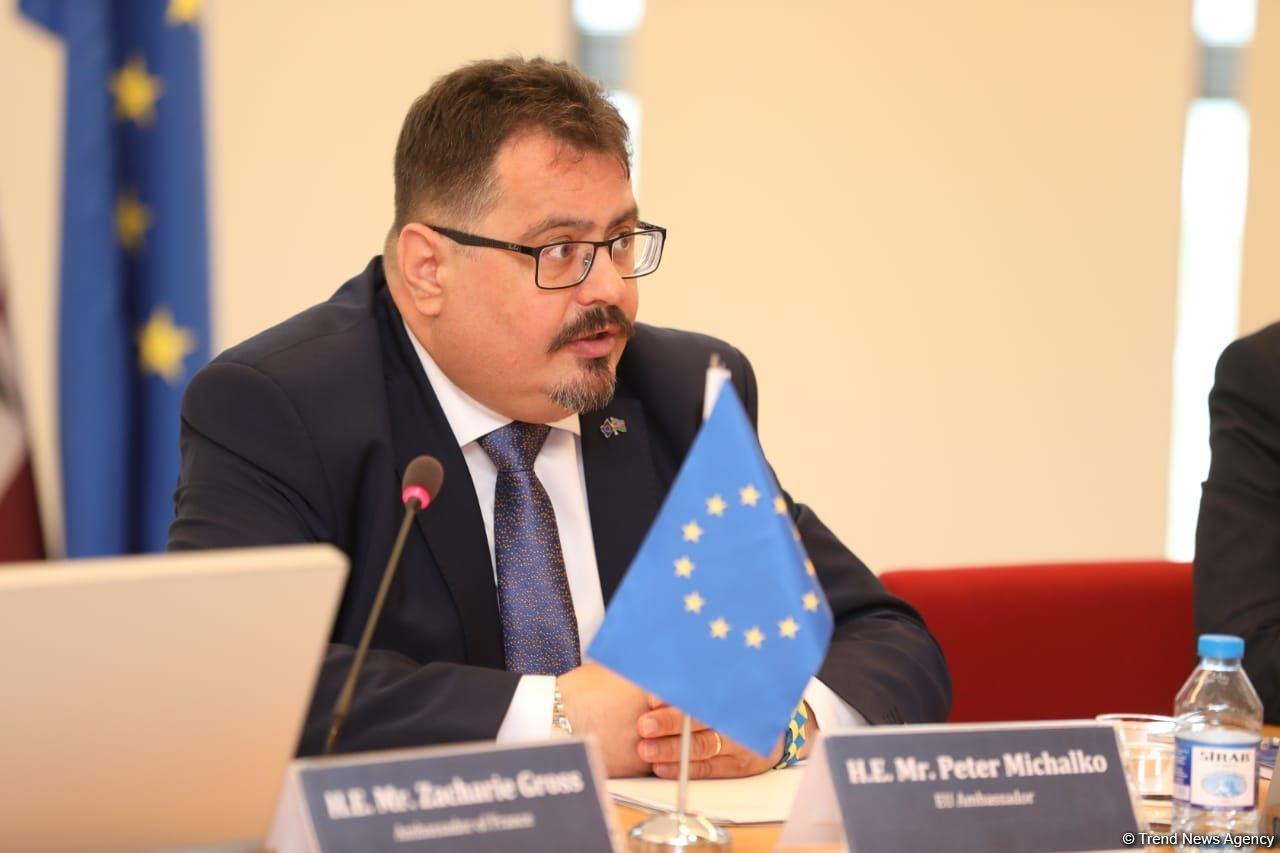