A business forum dedicated to the restoration of Azerbaijan’s liberated territories has been held in Baku within the framework of the 10th meeting of the Turkic Council member countries' economy ministers.

Speaking at the opening of a forum, Azerbaijan’s Economy Minister Mikayil Jabbarov stated that economic relations with the Turkic-speaking countries based on mutual interests are expanding every year, reaching a qualitatively new level.

He noted that successful trade and investment cooperation is carried out between the Turkic Council member countries.

Moreover, the minister underlined that the concepts of “smart city” and “smart village” will be implemented on Azerbaijan’s liberated territories.

Jabbarov emphasized that with the removal of obstacles to the establishment of transport communication between the main part of Azerbaijan and the Nakhchivan Autonomous Republic, there is an opportunity to form new automobile and railway networks, which can benefit the countries of the region.

Furthermore, the minister stressed that active work in connection with the Zangazur corridor is underway, adding that its realization would lead to the launch of new transport routes, strengthening regional cooperation and stability.

The great interest of the companies of Turkic Council countries in the restoration of Azerbaijan’s liberated territories was noted.

“Participation of many businessmen, working in the construction, transport and logistics, agriculture, food industry, renewable energy, light industry, tourism, mining and other spheres, in the forum dedicated to the restoration of Azerbaijan’s liberated territories is another example of friendship and brotherhood of the Turkic-speaking states,” Jabbarov emphasized.

Moreover, Turkic Council Secretary-General Baghdad Amreyev stressed the importance of the council in terms of expanding cooperation between businessmen of the member countries. He spoke about the organization’s activities, the work done and measures taken to deepen relations between the Turkic-speaking countries.

He stressed that the restoration of Azerbaijan’s liberated territories is a common cause of the Turkic-speaking countries, noting that Karabakh will become one of the developed regions of the Turkic world.

Likewise, the heads of delegations from Turkey, Kazakhstan, Uzbekistan, Kyrgyzstan, Hungary and others shared their views on developing cooperation in the field of business, investment, green economy, digital technologies, trade and other areas.

In the context of the event, a memorandum of understanding was signed between the Azerbaijan Export and Investment Promotion Foundation and the Kazakhstan Trade Policy Development Center QazTrade. The document envisages the exchange of experience in organizing and promoting foreign trade.

Additionally, the work to be done in the direction of the restoration of Karabakh was presented.

The 10th meeting of the Turkic Council member countries' economy ministers was held in Baku on September 10. In the context of the meeting, Turkic-speaking countries have signed trade and economic cooperation agreements, envisage the exchange of information and experience in various economic spheres.

The meeting was chaired by Amreyev and Jabbarov. The ministers of Kyrgyzstan, Kazakhstan, Uzbekistan, Hungary, and Turkey also attended the event. 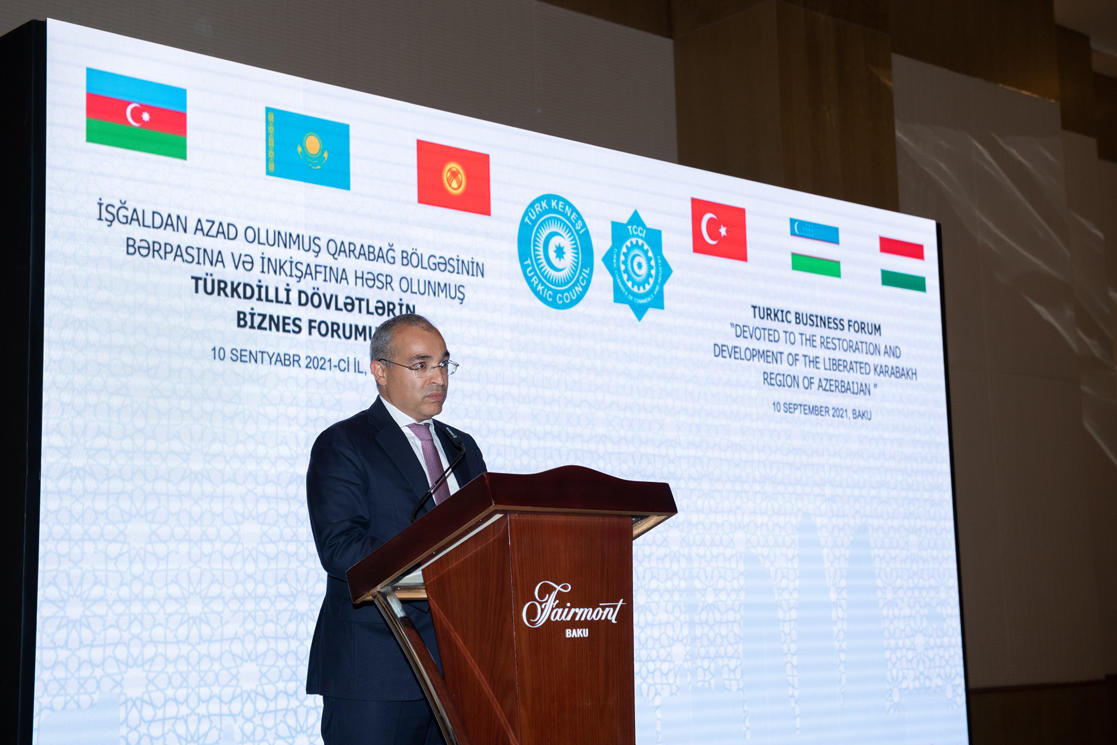 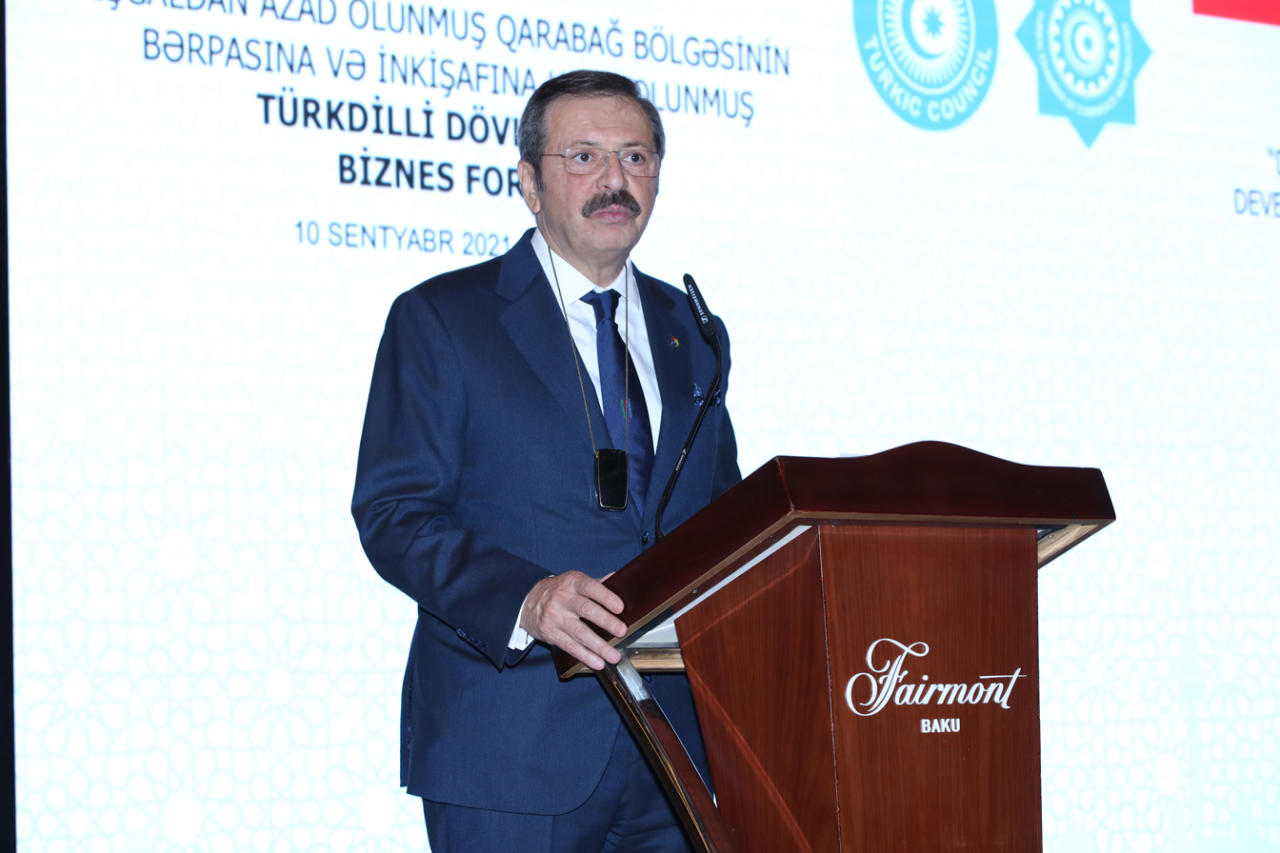