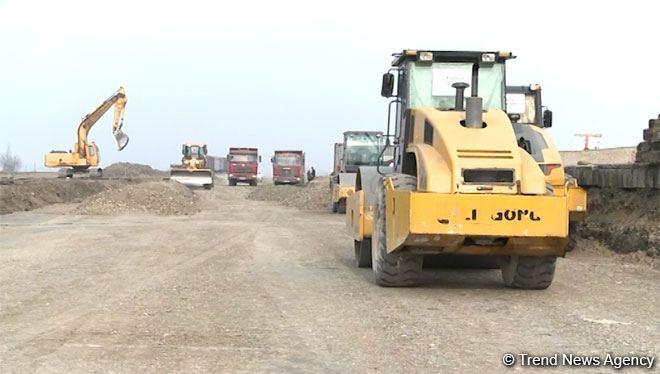 The Barda-Aghdam railway is part of the Yevlakh-Khankendi railway. This railway fell into disrepair as a result of the occupation of Khankendi in 1991 and Aghdam in 1993. For about 30 years after that, the final stop of the trains was the Kocharli station of Tartar district.

After Azerbaijan’s victory in the 44-day Armenia-Azerbaijan Nagorno-Karabakh war, this railway will be restored. At present, a 45-kilometer section of the Barda-Aghdam railway line is being rebuilt. The design and construction of the railway will be carried out in two stages.

At the first stage, 19 km will be restored in the direction of Barda-Tezekend, while at the second stage - the Tezekend-Aghdam railway. In accordance with the project, it is planned to construct buildings in accordance with modern standards at Kocharli, Tezekend, and Aghdam stations.

Trend shows the photos of the construction process: