Azerbaijan’s Energy Ministry and a Saudi Arabian company have signed an agreement on the construction of a 240 MW wind farm, the ministry reported on December 29.

The agreement was signed by Azerbaijan’s Energy Minister Parviz Shahbazov, Saudi Arabia’s ACWA Power Chairman of the Board Mohammad Abunayyan and Head of Azerenergy Baba Rzayev.

Minister Shahbazov said that the agreement will strengthen the ties between Saudi Arabia and Azerbaijan.

"The 240 MW project will contribute to Azerbaijan’s energy diversification and the use of renewable energy sources. ACWA Power will use its rich experience to support Azerbaijan’s efforts to meets its electricity needs in an economically viable manner and in line with international standards,” he added.

Head of the Azerenergy Baba Rzayev noted that the implementation of this project will stimulate the development of national economy, play a special role in ensuring the energy stability of the country, save gas and have a positive impact on the environment.

Chairman of the Board of ACWA Power Mohammad Abunayyan noted that despite the negative effects of the global COVID-19 pandemic, intensive work continued both on the project and on the formation and approval of the contract documents signed for the project.

The signed memorandum of understanding defines the basic principles of cooperation in the field of investment in the use of renewable energy sources in Azerbaijan, assessing the potential and creating conditions for it.

The Ministry of Energy, ACWA Power and Masdar signed executive agreements on implementation of pilot projects in the field of renewable energy on January 9, 2020. Saudi Arabia’s ACWA Power and the United Arab Emirates’ Masdar companies were selected from seven companies that submitted their proposals after a three-stage selection process.

Azerbaijan has so far established partnership with nine international energy companies to expand the use of renewable energy sources in line with the presidential order “On Accelerating Reforms in the Energy Sector” signed in 2019.

The use of renewable energy sources has been determined by the president as one of the priority spheres for the development of the energy sector, including the implementation of pilot projects on the construction of a 240-megawatt wind farm and a 200-megawatt solar power plant in accordance with the agreements signed. 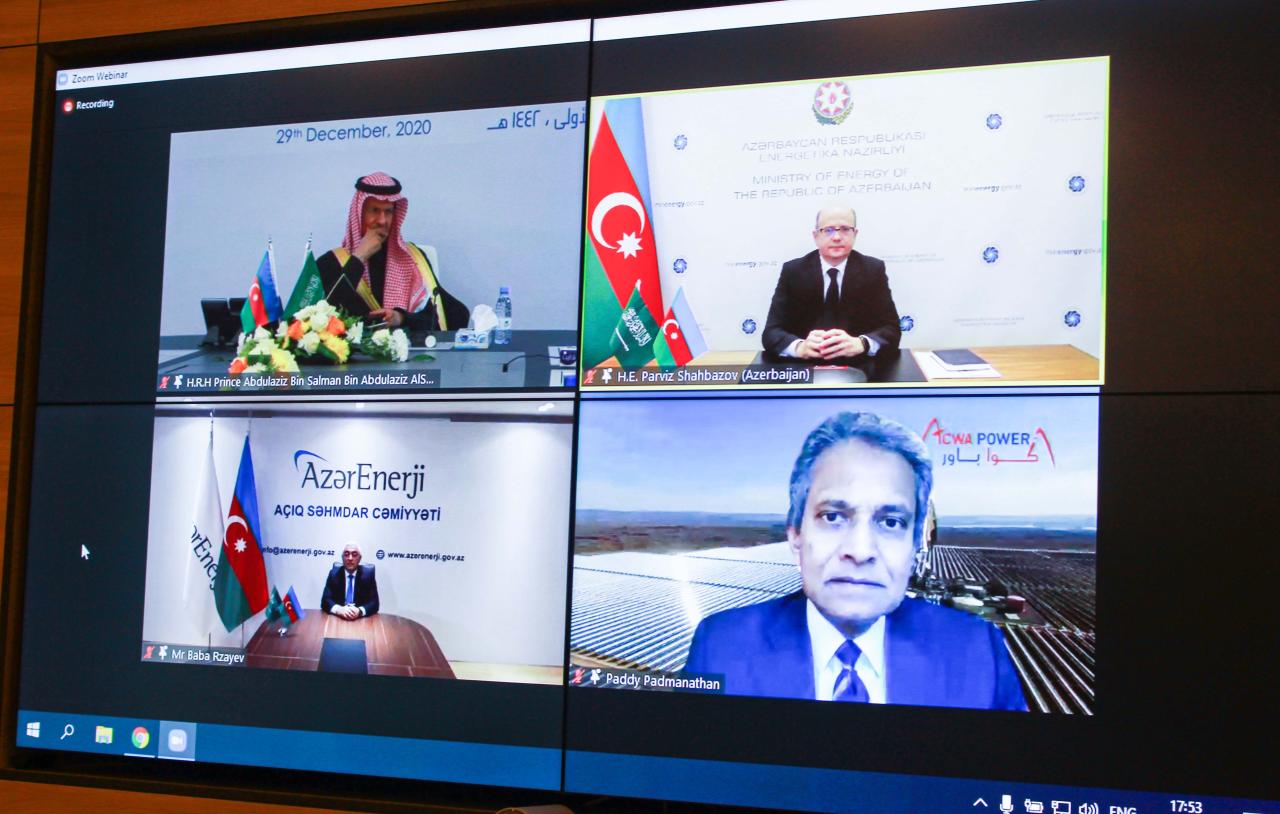