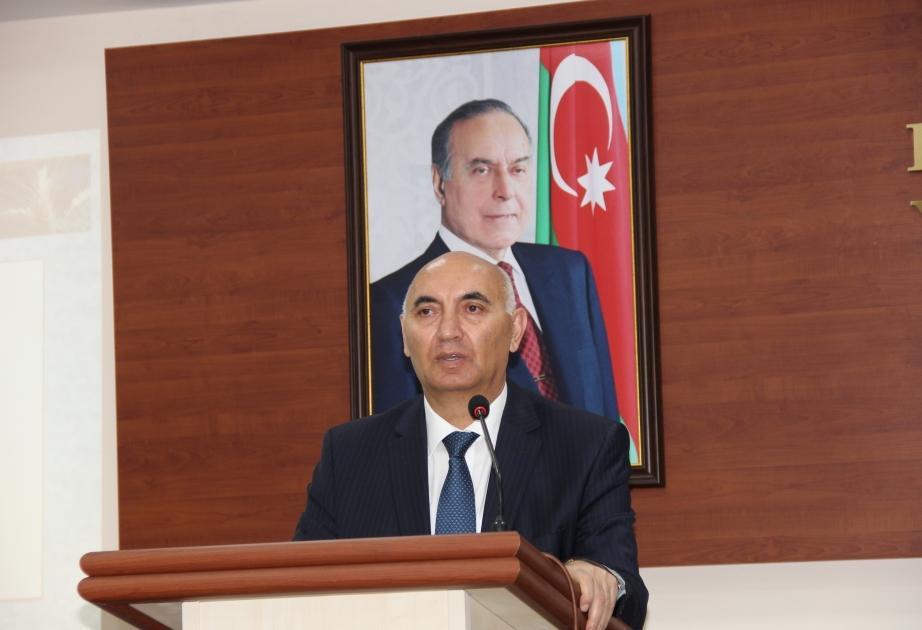 Beekeeping is rapidly developing in Azerbaijan with the supports from the government.

Azerbaijani Deputy Minister of Agriculture has said that the country might further expand its export of beekeeping products, at the same time banning the import of honey to the country.

Seyfaddin Talibov made remarks during the 20th Exhibition and Sale Fair of beekeeping products in Baku, Trend reported on September 28.

It should be noted that earlier, the Association of Beekeepers of Azerbaijan came up with a proposal to introduce a ban on the import of honey into the country.

Honey exports from Azerbaijan exceeded eight tons in 2019 compared to five to six tons of honey exported in 2018, Talibov said.

“Beekeeping occupies an inherent place in the development of the agricultural sector. Over the past two years, significant innovations have been observed in this area. The number of bee families (hives) has reached 503,000,“Talibov said.

The deputy minister also outlined further goals in the field of beekeeping: “To increase the volume of honey production, we have to solve a number of serious problems. The most important of them is to achieve tribal purity of the Bozdag, Kavkaz and Sary honey bee species, which play an important role in increasing honey production. The next task is to improve the feed supply for beekeeping.”

The deputy minister stressed that at the end of the fair, low-quality honey will be returned to their owners:

“This year, slightly over 120 tons of honey was put up for sale. But still, up to 14% of low-quality honey was not allowed on sale,” he said.

The honey fair, organized by the Agricultural Procurement and Supply OJSC under the Ministry of Agriculture in conjunction with the Association of Beekeepers of Azerbaijan, runs from September 28 to October 18 in the territory of the Tofig Bahramov Republican Stadium in Baku.

The quality of the honey sold is controlled by the Food Safety Agency.

Each beekeeper can exhibit a maximum of 400 kilograms of honey and 30 frames-honeycombs at the fair. The number of representatives of one district does not exceed 40 people. This year, most honey was delivered from Astara, Zagatala, Balaken and Sheki regions of Azerbaijan.

Entertainment programs and concerts, as well as tasting sessions were organized on Saturday and Sunday.

There are about 600 species of honey plants in Azerbaijan. The number of bee colonies increased in 2018 compared to 2017.

In 2018, 3,000 tons of honey was produced in Azerbaijan. Some 65-70 percent of the country's population is provided with honey produced in the country.

Beekeepers selected for participation in honey fair in Azerbaijan