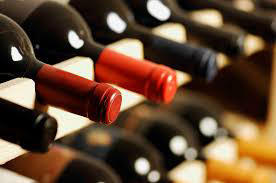 The company has imported 30,000 bottles of red wine since September 2018 from Azerbaijan. The wine is delivered through direct flights from Baku on a regular basis.

Wei noted that the majority of Chinese tourists like the taste of Azerbaijani wine and order it via mail to gift it to their friends and relatives.

He added that that Azerbaijani companies want to import chemicals and other products from the Xinjiang Uyghur Autonomous Region.

Distinguished by their quality, Azerbaijani wines are in demand in Chinese markets. Azerbaijan wine brands, won 2 silver and 10 bronze medals, and 20 "Encouraging" award at the International Wine Competition (IWC) held in Shanghai in July 2019.

Since March 1, the sale of Azerbaijani wines was launched in China's BHG markets.

Azerbaijan is China’s largest trade partner in the South Caucasus. The trade turnover between the two countries amount to $1.4 billion, according to the results of 2019.

Winery occupies an important place in Azerbaijan's food industry. According to the State Program on the development of wine growing for 2018-2025, the export of wine from Azerbaijan should increase fivefold by 2025.