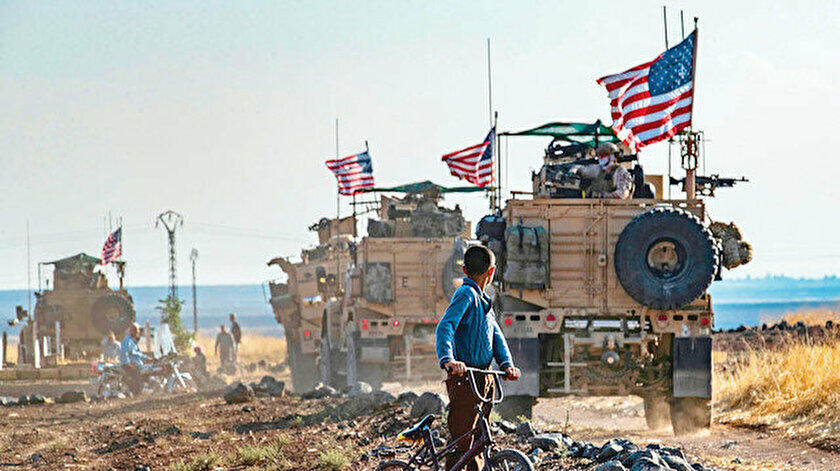 The complete U.S. withdrawal from Syria will strengthen Turkey's position in the region, Yeni Shafak newspaper reported on September 1, quoting an article in the Foreign Policy magazine.

The Foreign Policy magazine, known for its closeness to sources in U.S. State Department, claimed that America has shifted its Middle East policy since Joe Biden came to power.

The article alleged that America’s withdrawal will strengthen Turkey’s position in Syria, by leaving the so-called Syrian Democratic Forces (SDG) unsupported. SDG was formed by the armed wing of the terrorist organizations PYD and YPG, which has been supported by Washington since 2014. Turkey's struggle with these organizations, which are the extensions of the PKK, continues in Syria.

The article underlined that there is no one in the U.S. administration who can argue that "they have a vital interest in Syria".

Moreover, Biden's cancellation of the oil permit given to an American company in the east of the Euphrates by former President Donald Trump strengthens these claims, the report added.

The U.S-based magazine stated that some Arab states, especially the Gulf countries, have become closer to the Assad regime over the past months to solve the old conflict. The author stressed that the solution proposals regarding the Syrian conflict, which seemed strange a few years ago, are now becoming more rational.

On the other hand, Russia's special envoy in Syria  Alexander Lavrentiev in a recent interview to the Russian TASS news agency also announced that the U.S. withdrawal from Syria could happen at any time.