As part of the Efes-2022 international drills in Turkiye, the Azerbaijani personnel completed the following stage's tasks, Azernews reports, citing the Defence Ministry.

The participants successfully completed the duties of discovering and destroying an explosive device hidden in a car by a theoretical terrorist detachment and inflicting air strikes on fictitious enemy installations, in line with the drills plan, the ministry reported on June 2.

It added that the missions of marines approaching the shoreline and taking the high ground, as well as performing search-and-rescue operations and evacuating the injured, were also fulfilled.

The servicemen in the drills successfully completed actions such as rescuing a seized ship and disembarking naval special troops from helicopter to ship.

The multinational drills, where Azerbaijan is being represented by the personnel of the Separate Combined-Arms Army of Nakhchivan and the Naval Forces, will last until June 9.

Meanwhile, activities aimed at enhancing the level of military personnel training and combat capabilities of Azerbaijan Army units continue in line with the instruction of high command.

Under the annual training plan, a ceremony was organized to award certificates and berets to personnel who successfully finished the Commando Training Courses, the ministry said in a separate report.

A minute of silence was observed at the event to commemorate Heydar Aliyev, the national leader of the Azerbaijani people, and Shehids (Martyrs) who lost their lives for Azerbaijan's territorial integrity. The national anthem of the country was performed.

The value of the Commando Training Courses based on Turkish Armed Forces experience was stressed at the graduation ceremony. The speakers emphasized the importance of such courses in raising the professional level of military personnel and wished the soldiers well in their future military duties.

Following the presentation of certificates and berets to the servicemen, who successfully finished the training, the military personnel marched solemnly in front of the podium.

The first commando military unit was inaugurated by Azerbaijani President Ilham Aliyev on December 24, 2021, during a visit to the liberated Khojavand region's Hadrut settlement. Aliyev noted that Azerbaijan will create many commando brigades across the country. President Aliyev described the creation of the commando brigade unit in Hadrut as a significant event of strategic importance. 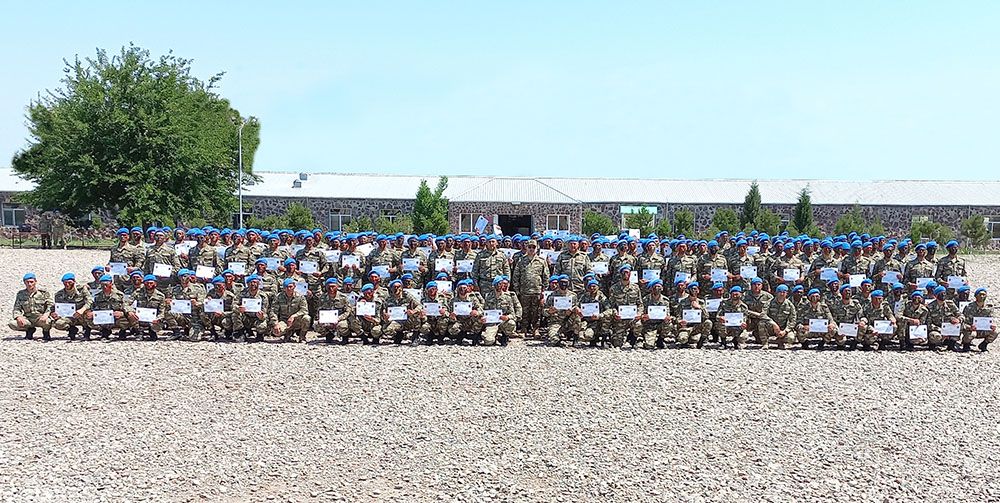