Azerbaijan’s Defence Ministry has conducted training and methodological sessions for the military staff on human resources, the ministry has said.

Under the approved plan for 2022, training and methodological sessions were organized for the Army Corps, formations, military units, and special educational institutions’ staff of the personnel bodies, the report added.

Addressing the event, personnel department chief Maj-Gen Elchin Khalilov mentioned the activities carried out over the past year to improve the staff of personnel bodies, as well as, briefed about the upcoming tasks for 2022.

He stressed that the reforms in the military are being continuously carried out under the leadership of the supreme command.

Describing 2021 as a successful year in terms of military achievements, Khalilov underlined that the organizational and staffing structure of the Azerbaijani army has been improved to move to a new stage of development in line with the model of modern armies.

He added that the army should be staffed with skilled personnel who can think strategically in order to retain a high degree of combat capabilities.

The department chief emphasized that the formation, development, and effective use of professional military personnel is one of the key objectives of management bodies at all levels, including personnel bodies' workers. He added that considerable achievements had been gained in this regard and the personnel management system had been improved.

Furthermore, Khalilov underlined the main tasks for the army in 2022.

The officers responsible for personnel affairs in the military also reported on the activities carried out in the field of personnel training for boosting the military personnel’s combat readiness. 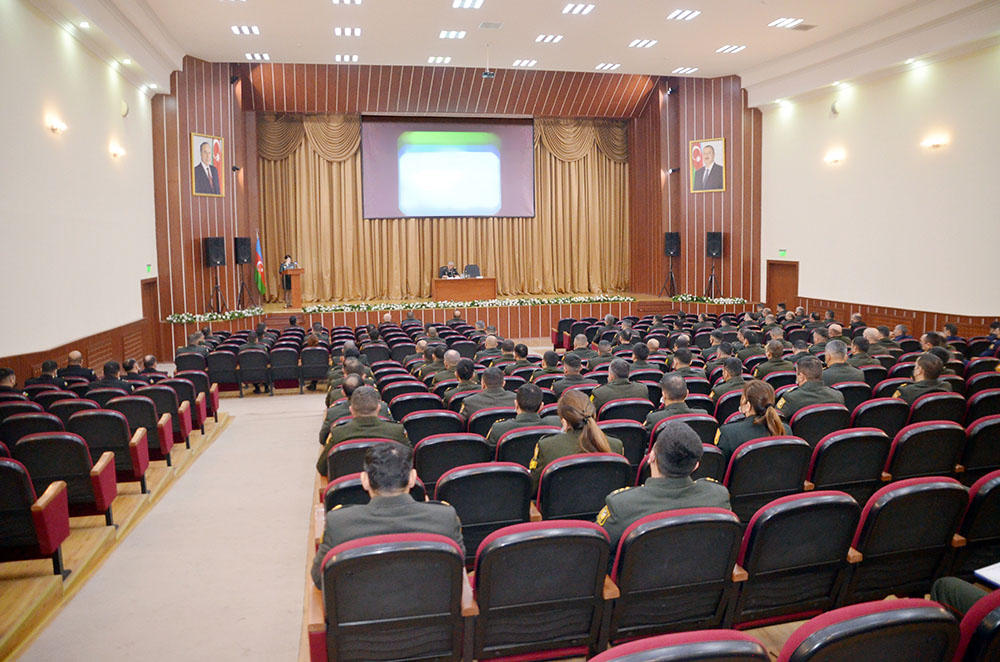