The Azerbaijani and Turkish military engineer-sappers continue mine clearance activities on the liberated territories, the Defence Ministry has reported.

The demining activities and engineering work are underway to ensure traffic safety and to build new supply roads for military positions located in the mountainous terrain, the report added.

During the road construction in Tartar and Goranboy regions, 537 anti-personnel and 101 anti-tank mines laid by Armenia were detected and defused from November 22 to December 2.

Overall, 13,177 hectares of territory were cleared of mines, 616 kilometers of roads were laid, 16,860 mines and unexploded ordnance were detected and utilized by the engineering units on the liberated territories so far.

Azerbaijan’s engineer-sapper units have been equipped with "MEMATT" mechanical demining supply produced by the Turkish defence company ASFAT. The equipment is being used for demining the settlements and arable lands, the ministry said.

All necessary measures are being taken to provide engineering support to the Azerbaijani military units serving in the liberated lands, the report concluded. 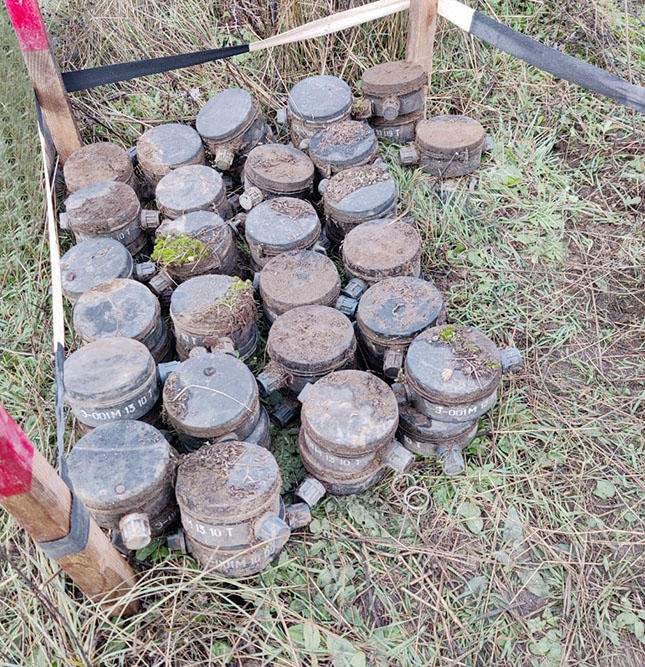