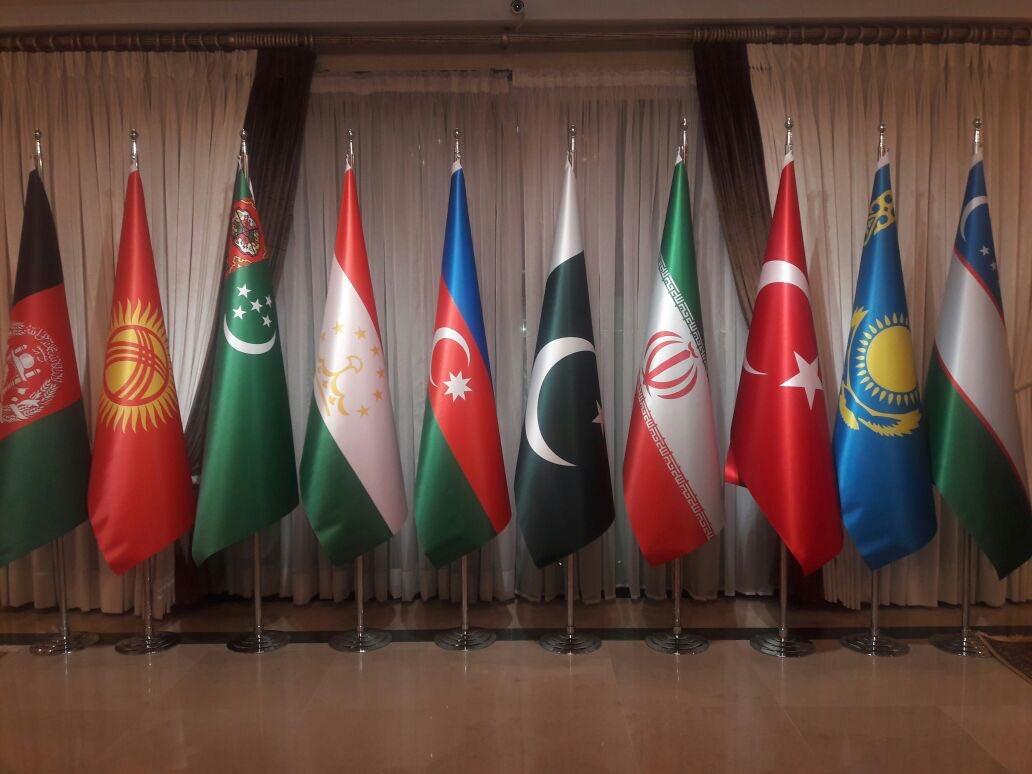 Azerbaijani President Ilham Aliyev has had tete-a-tete meetings with his Iranian, Turkish, Pakistani and Tajik counterparts on the sidelines of the 15th Economic Cooperation Organization (ECO) summit held in the Turkmen capital of Ashgabat on November 28.

The leaders discussed bilateral economic and trade relations, cooperation within international organizations, and energy security at their meetings.

At their meeting, President Ilham Aliyev and his Iranian counterpart Seyyed Ebrahim Raisi focused on the current state of bilateral ties. They described the summit as a very good opportunity for the two leaders to meet.

“I am very glad that such a wonderful opportunity has arisen for the meeting. This is our first meeting. I am confident that this meeting will give a very strong impetus to the development of Iranian-Azerbaijani relations,” Aliyev said.

Raisi reiterated Iran’s “transparent and unambiguous” position on the Karabakh issue and stressed that Azerbaijan’s territorial integrity should not be compromised.

President Aliyev said that Azerbaijan and Iran are writing the modern history of their ties.

“Our relations are also quite broad. Our peoples share a common history and culture. This is very beautiful ground. We are writing the modern history of bilateral relations on this basis,” he said.

The sides hailed the high level of relations and pointed to the existence of good-neighborly and friendly ties between the two countries.

The two leaders noted that the regional geopolitical situation had changed after Azerbaijan’s historic victory in the second Karabakh war, and stressed the importance of regional countries’ participation in the solution of regional issues.

The presidents also discussed issues of creating an energy hub between the two countries, as well as amongst Azerbaijan, Russia and Iran. They focused on cooperation, economic and trade relations within international organizations.

During the conversation, the presidents reiterated that Iranian-Azerbaijani relations were of a historical nature and pointed to the friendly relations between the two peoples.

At the end of the meeting, the “Agreement defining the terms of transit of natural gas through the territory of the Islamic Republic of Iran” was signed with the Azerbaijani and Iranian presidents’ participation.

They reiterated that the friendly and brotherly relations between the two countries are of the nature of a strategic alliance.

The sides touched on the discussions held within the ECOn and praised Turkey's chairmanship in the organization over the past period.

The two presidents focused on the further development of relations between the two countries in various fields, as well as the ongoing processes and the current post-war situation in the South Caucasus, the energy and transport issues.

At a meeting held with his Tajik counterpart Emomali Rahmon, the sides hailed bilateral political relations.

They exchanged views on the expansion of economic and trade relations, as well as reviewing transport opportunities and further strengthening of bilateral cooperation within international organizations.

A meeting between President Aliyev and his Pakistani counterpart Arif Alvi in Ashgabat hailed bilateral ties and emphasized Pakistan’s firm and principled position in connection with Armenia’s past military aggression against Azerbaijan.

The sides stressed the role of the intergovernmental commission in developing ties, noting that its next meeting would be held soon.

The sides also noted the importance of recent high-level visits between the two countries. At the same time, the presidents exchanged views on matters related to joint cooperation within international organizations. They expressed concerns over the growing Islamophobic tendencies in the world.

The importance of increasing people-to-people contacts between the two countries and the further strengthening of cooperation in tourism, business circles, culture, science and other fields was underlined at the meeting.

The Pakistani president once again thanked the Heydar Aliyev Foundation for the projects implemented in his country.