Within six months, the film was awarded at twenty international festivals and, thus, became the most awarded Azerbaijani feature film, Azertag reported.

Mediterranean Film Festival Cannes highlights a selection of best films from around the world.

The festival aims to promote independent filmmakers and innovative work.

The film tells a story of the German colonist and his family, who moved to Azerbaijan. 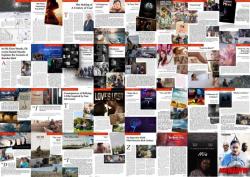