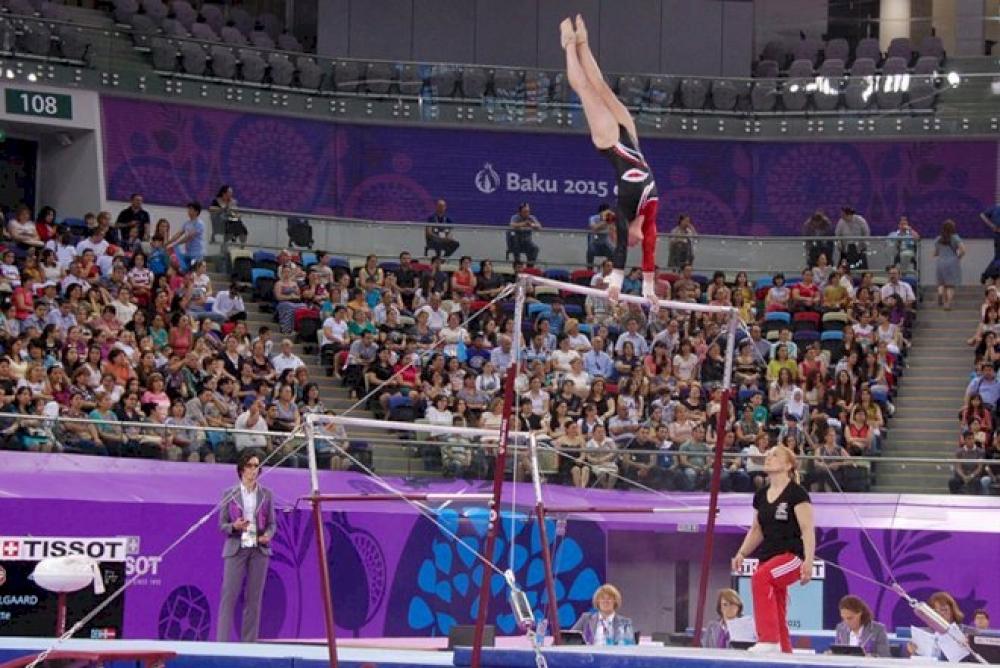 National Gymnastics Arena is getting ready to host another spectacular sport events.

More than 300 gymnasts are expected to compete in both the Men’s and Women’s European Artistic Gymnastics Championships in Baku on December 9-13, European Gymnastics reported.

Some 324 gymnasts from 39 countries signed up for the men’s event, including 159 seniors and 165 juniors.

The large-scale event will bring together 304 gymnasts from 38 countries, including 157 seniors and 147 juniors.

Originally scheduled to be held from 24 July-9 August 2020, European Gymnastics Championships has been postponed amid coronavirus pandemic. The final decision will be announced on September 28.

The Federation has experienced revival since 2002. The renewed federation has brought gymnastics to a completely new level.