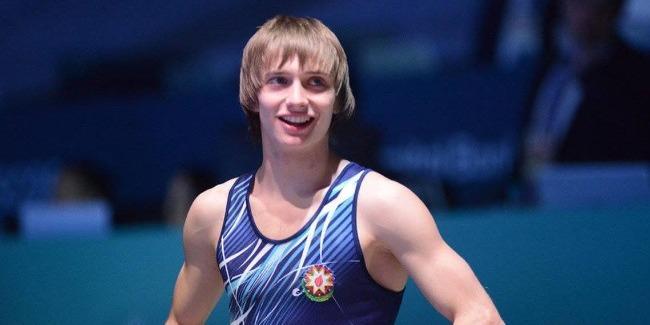 Azerbaijan’s only representative at the competition Mikhail Malkin showed the highest result in the acrobatic track exercises with 76.300 points, leaving his rivals behind.

Russian gymnasts took the second the third places. The World Cup in Khabarovsk is being attended by the strongest representatives of trampolining from all over the world, including winners and champions of the world and the Olympic Games. On the first day of the competition, athletes were competing in individual trampolining, acrobatic track and double-mini trampoline competitions. Sets of awards were presented in all types of programs: in individual and synchronized trampolining, on a double-mini trampoline and acrobatic track both among men and women on the second day.

Note that Mikhail Malkin  also won the trampoline world cup held in Loule, Portugal in September 2017. The Azerbaijani athlete also won the gold medal of the European Championship held in Baku in April 2018.