Peter Tase: Armenia can “Tickle a Sleeping Dragon” with its actions 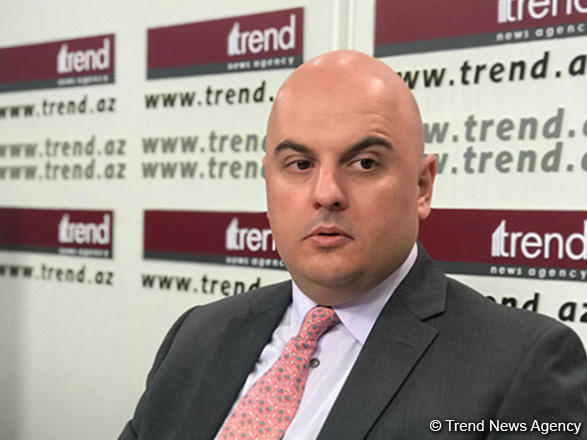 For as long as Armenia continues to engage in a destructive propaganda campaign against the Republic of Azerbaijan and keeps its soldiers in the Azerbaijani territory, recent bilateral talks hosted by the Russian Federation and OSCE, with the intention to pacify the tensions between Azerbaijan and Armenia, are doomed to failure, Peter M. Tase, expert in Transatlantic Relations and Azerbaijani Studies, a senior advisor to the Global Engineering Deans Council and to various European and Latin American governments, told Azernews, Trend reports.

He noted that the settlement of the Armenia-Azerbaijan Nagorno-Karabakh conflict was at the center of these talks, however concrete actions by the government of Nikol Pashinyan are nowhere to be seen, and Armenia continues to occupy twenty percent of the sovereign territory of Azerbaijan and maintains a posture of belligerence in the region.

Tase recalled that on April 10-11, Nikol Pashinyan visited the Council of Europe in Strasbourg, in this occasion he delivered once again an inflammatory speech against Azerbaijan, stating the following in the plenary: “[Azerbaijan] must refrain from the use of force, threaten by use of force and military rhetoric.”

“The Prime Minister of Armenia, who pretends to refrain from the use of force and calls upon Azerbaijan to stop using force, is simply bluffing, deceiving the international community and misinforming the Council of Europe. In fact Armenia is the belligerent party and the main source of violence and turmoil in Nagorno-Karabakh and its neighboring seven districts, all of this territory is a sovereign territory of the Republic of Azerbaijan; and is recognized as such by United Nations and by all its member states,” said the expert.

He believes that Pashinyan must review the OSCE Helsinki Final Act of 1975.

“In the Helsinki Final Act the principle of refraining from the use of force, included as the second point among its ten tenets, states: “The participating States will refrain in their mutual relations, as well as in their international relations in general, from the threat or use of force against the territorial integrity or political independence of any State, or in any other manner inconsistent with the purposes of the United Nations and with the present Declaration”. The entire international community recognizes the territorial integrity of Azerbaijan within its internationally recognized borders and the four UN Security Council resolutions of 1993 demand the immediate, complete and unconditional withdrawal of the occupying Armenian forces from all occupied territories of Azerbaijan,” said Tase.

He went on to add that Armenian Prime Minister must take immediate steps to refrain from the use of force according to the demands of the international community towards the full withdrawal of the Armenian armed forces from the occupied territories of Azerbaijan in order to ensure a lasting peace, regional security and economic prosperity in the region.

Tase pointed out that the two governments are not equally positioned on a negotiating table: Armenia is the aggressor (occupying twenty percent of the sovereign territory of Azerbaijan and plundering its natural resources) and on the side is the government of Azerbaijan (fully respecting International Laws, U. N. Security Council Resolutions and patiently waiting to solve this conflict by peaceful means, even though Azerbaijan has the military might to liberate its occupied territories with the use of force).

“Prime Minister Pashinyan is utilizing every diplomatic tool and international factor that would delay any progress made in the bilateral negotiations’ time table. International Economic sanctions against Yerevan and constant political condemnation of its aggressive actions in the Caucasus are very much necessary in order to pressure Pashinyan to fully withdraw Armenian Armed Forces from the sovereign territory of Azerbaijan. Only after the withdrawal of Armenian Armed Forces from sovereign territory of Azerbaijan, we may have lasting results in the solution of this conflict that has caused so much pain and suffering for Azerbaijan and its peace loving nation,” he said.

As for the statement of the Armenian Defense Minister Tonoyan about the possibility of moving military operations to the territory of Azerbaijan, Tase said that David Edgari Tonoyan is a former representative of Armenia to NATO, in his current position as Minister of Defense he should focus more on providing sufficient quantities of food and overall resources to the Armed Forces of Armenia, which is going through economic hardships. Tonoyan’s statement on upcoming Armenian Military Operations is a deceptive message that won’t frighten Baku, he added.

Tase noted that Azerbaijani Armed Forces are ranked among the top ten military forces worldwide, thanks to their impeccable training, cutting edge weapons technology and high levels of moral and patriotism. “Tonoyan’s forces will be met with an unmatched response and a heavy thunder of weapons, if they try to awaken the Azerbaijani might. As the old Latin adage states: “Draco Dormiens Nunquam Titillandus”. (Never Tickle a Sleeping Dragon).”

On the other hand, Tase believes that one concrete example of showing international pressure towards Armenia is to suspend the current cooperation framework between Armenia and NATO, until the Government of Nikol Pashinyan has withdrawn all of its Armed Forces from the sovereign territory of Azerbaijan.

“NATO must take steps on the ground and deliver political statements that condemn Armenia’s occupation of Azerbaijani territories; the alliance should halt the Individual Partnership Action Plan (IPAP) with Armenia for as long as this country is ruled by politicians that have kissed the blarney stone and use epizeuxis’ approach when engaged in a smear campaign against the Republic of Azerbaijan and its people,” he concluded.