President of Azerbaijan Ilham Aliyev has attended the inauguration of the Young Artists Center and Museum of State Symbols at the Flag Square in the city of Aghsu.

President Ilham Aliyev was informed of the conditions created at the Young Artists Center.

The construction of the center started in December, 2017, and ended in January, 2022. The building of the center has a 36-seat auditorium, rehearsal stage, theater club, painting, sculpture, photography, tailor's rooms, and administrative and auxiliary rooms.

President Ilham Aliyev then viewed the Museum of State Symbols.

The construction of the museum started in December, 2017, and ended in January, 2022. The museum building has an exhibition hall, administrative and auxiliary rooms.

The Flag Square, where the Museum of State Symbols is located, was created on an area of 1.27 hectares. The 65-meter-high State Flag was installed here. 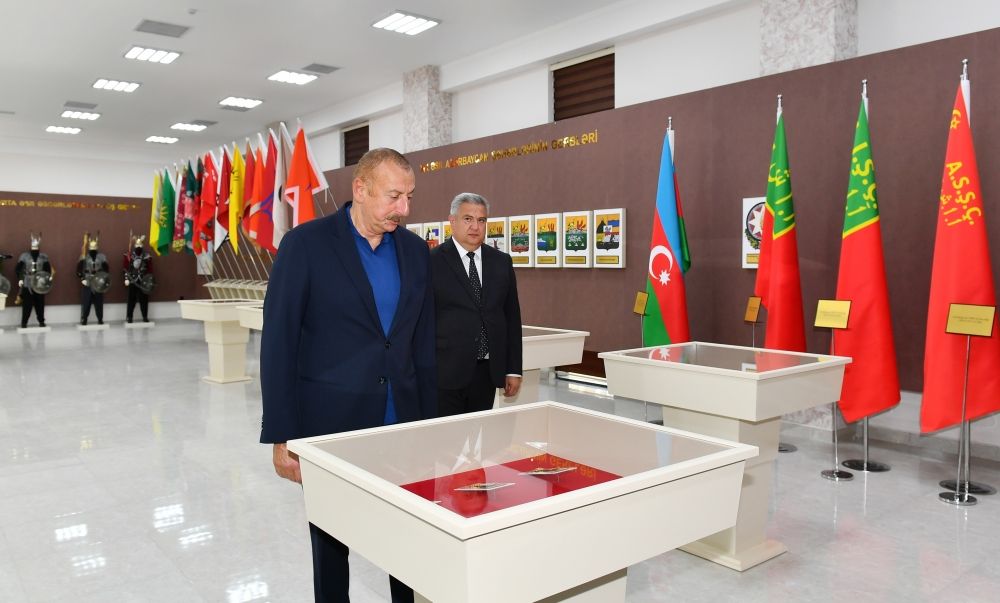