A dinner has been hosted in honor of the heads of state, government, and delegations participating in the opening ceremony of the 5th Islamic Solidarity Games in the city of Konya, Turkiye.

President of the Republic of Azerbaijan Ilham Aliyev attended the dinner.

President Recep Tayyip Erdogan spoke with the heads of state, government, and delegations.

Speaking at the ceremony, President of Turkiye Recep Tayyip Erdogan welcomed the heads of state and government and heads of delegations and said: “I am very pleased to be together with you around this fraternal table on the occasion of the 5th Islamic Solidarity Games. You are all welcome to Konya, the city of Hazrat Mevlana. Let me also welcome all athletes and teams participating in the Games from different regions of the Islamic world.

The previous Islamic Solidarity Games were held in Azerbaijan in 2017. The Games were hosted by my dear brother, President Ilham Aliyev, and First Lady Mehriban Aliyeva. Our Azerbaijani brothers hosted the Games very successfully in all respects.”

President Recep Tayyip Erdogan expressed his satisfaction with the fact that the 5th Islamic Games were being held following the easing of restrictions related to the pandemic, and emphasized the great interest in the Games. Noting that tensions and economic difficulties in the world, as well as the discrimination against Muslims in all areas, were the cause of serious concern, President Recep Tayyip Erdogan expressed his confidence that the messages of brotherhood to be communicated to the whole world from Konya would contribute to the prevention of this discrimination.

The President of Turkiye wished all teams and athletes the best of luck. 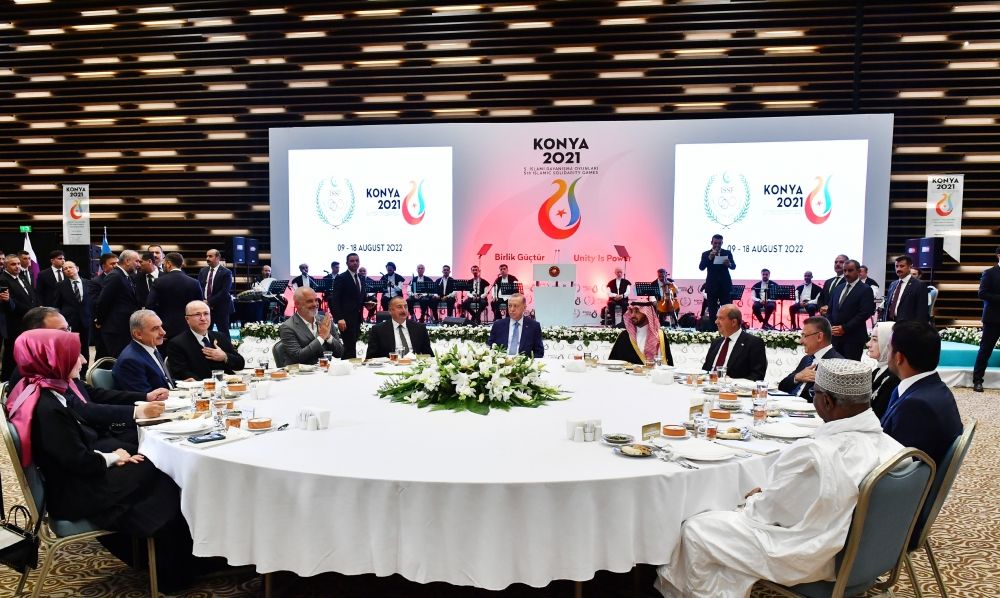