Azerbaijan has appealed to international organizations to promote countries' access to the UN Water Convention, Azernews reports with reference to what Minister of Ecology and Natural Resources Mukhtar Babayev has said.

The remarks were made during an international conference on the topic ‘Promoting water partnership and action for sustainable water management, which is being held in the liberated Zangilan region’s Agali ‘smart village’.

"Azerbaijan has formulated its national water policy to ensure the efficient use of water resources, whilst most countries in the region have not yet joined the convention, which makes it difficult to achieve sustainable water management," Babayev opined.

Noting that the availability and accessibility to clean water by all people have become key factors for Azerbaijan, Babayev also stated the great role of the conference in Zangilan, as this region is one of the most affected by the Armenian occupation, and at the same time, it will be one of the first regions where its natives will return.

During the same event, the head of the International Organizations Sector at the Foreign Policy Affairs Department of Azerbaijan's Presidential Administration, Habib Mikayilli, stated that the pollution of Azerbaijan's Okhchuchay river is one of the important issues on the agenda.

He added that the ecological status of the river has considerably deteriorated due to its pollution by enterprises operating in Armenia over the 30-year occupation of Azerbaijan's Karabakh.

"Unfortunately, even one international company was involved in the pollution of this river," Mikayilli said.

Furthermore, the head of the sector emphasized Azerbaijan's large-scale reconstruction activities, including the improvement of water management as well.

Furthermore, UN Resident Coordinator in Azerbaijan Vladanka Andreeva stated that the UN and Azerbaijan should cooperate in the sphere of water resources management.

The coordinator added that this issue is most serious in Azerbaijan due to climate change and the fact that most of the water resources, some 70 percent, enter the country from other sources in the region.

Similarly, EU Ambassador to Azerbaijan Peter Michalko said that the EU will continue to assist the country in the management of water resources.

"The issue of water resources management is being mainstreamed in the world. The EU is one of the main partners of Azerbaijan in this sphere,” Michalko said.

According to him, the EU is interested in further assistance to the projects implemented by the Azerbaijani government.

Moreover, he added that the EU wants to further develop cooperation with Azerbaijan, since the ‘green’ transformation is a priority of the cooperation, and sustainable development depends on the management of water resources and access to water.

The EU Ambassador also noted that Agali smart village is very impressive with its infrastructure.

Noting the importance of the theme of the conference, Michalko expressed pleasure with the opportunity to visit “this impressive village for the first time, where modern concepts have been implemented”.

“Smart villages and cities are priorities for the EU, and in our cooperation with Azerbaijan, this is one of the five major initiatives in the framework of the EU’s Economic and Investment Plan for the Eastern Partnership in Azerbaijan," Michalko noted.

Meanwhile, ahead of the opening of the conference, representatives of the diplomatic corps and members of international organizations in Azerbaijan released tiny brook trout fishes into the Hakari River in Zangilan region.

Guests were told about the reconstruction work on the liberated lands, and activities in the sphere of restoring the ecology of the region.

It was also noted that the population of the brook trout is included in the International Union for Conservation of Nature Red List of Threatened Species (IUCN Red List).

The population of the brook trout will be increased in Azerbaijan.

Commenting on the occasion, the Head of the Biodiversity Conservation Service at the Ministry of Ecology and Natural Resources, Firudin Aliyev, stated that measures are being taken to increase the population of rare fish in Azerbaijan.

According to him, 3,000 juvenile brook trout have been released into the Khakari River of the Zangilan district as part of the program to improve fish populations.

As he noted, the brook trout is listed in the Red Book and its population growth is extremely important.

The conference was organized by Azerbaijan’s Ministry of Ecology and Natural Resources with the support of the UN Food and Agriculture Organization (FAO) and the Karabakh Revival Fund.

Foreign diplomats accredited in Azerbaijan, members of international organizations, and experts took part in the conference.

The forum is attended by Minister of Ecology and Natural Resources of Azerbaijan Mukhtar Babayev; Deputy Minister of Agriculture Ilhama Gadimova; Chairman of the Executive Board of the Karabakh Revival Fund Rahman Hajiyev; UN Resident Coordinator Vladanka Andreeva; Head of the EU Delegation to Azerbaijan Peter Michalko; Executive Secretary of the UN Economic Commission for Europe (UNECE) Olga Algayerova; Secretary of the UN Water Convention Sonia Keppel; Director of the Europe Office of the UN Environment Program (UNEP) Bruno Pozzi, and others. 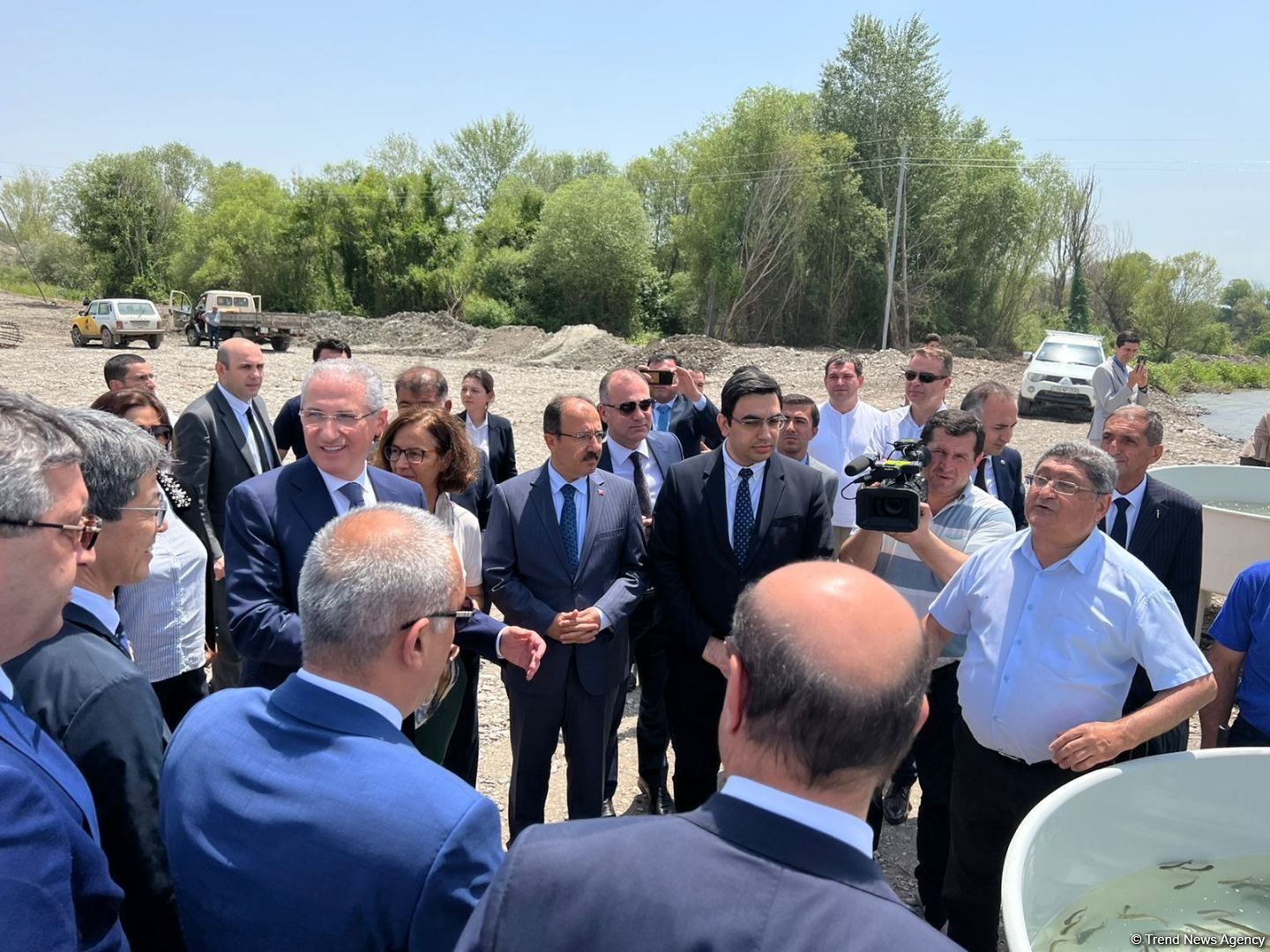