As part of the program held in Baku since early April this year, Ambassador Extraordinary and Plenipotentiary of the State of Palestine to Azerbaijan Nasser Abdul Karim Abdul Rahim, Ambassador of the Islamic Republic of Pakistan Bilal Hayee, Ambassador of Uzbekistan Bakhrom Ashrafkhanov, Ambassador of the Kingdom of Morocco Adil Embarch, Ambassador of Kyrgyzstan Kairat Osmonaliyev spoke to the students, studying in Azerbaijan about their countries' foreign policies and their role in the OIC.

ADA University Vice-Rector Fariz Ismayilzade, Head of the Press Service of the Ministry of Foreign Affairs of the Republic of Azerbaijan Leyla Abdullayeva, Chairman of the Board of the Center for International Relations Analysis Farid Shafiyev, Adviser to the Minister of Education Nijat Mammadli, Rector of the Azerbaijan Theological Institute Agil Shirinov spoke about Azerbaijan's foreign policy priorities in modern times, international conflicts and coordination between OIC member states, the role of education in a changing world, the role of Islam in world civilization and other topics. The lecturers answered various questions of the students.

It should be noted that, the main objectives of the Model OIC Program, jointly organized by ICYF-ERC and the Ministry of Youth and Sports of the Republic of Azerbaijan, supported by Baku State University, are to support strengthening international youth cooperation in the OIC space and to help them gain new knowledge and experience. After listening to the lectures for two months, the students also visited the embassies of the above-mentioned countries and received the necessary information about those countries.

On May 15, it is planned to hold simulation games called "Model OIC Foreign Ministry Conference", in which the jury will select students with foreign language skills and special creativity to represent Azerbaijan in the "Model OIC International" competition.

Over the past years, Azerbaijani students have repeatedly worthily represented our country in the "International Model OIC" competitions, which cover the entire OIC scale and are attended by representatives of more than 40 OIC member countries.

The Model OIC has already started its work in other countries, and in the near future it is planned to complete this program in all OIC countries and conduct simulations. 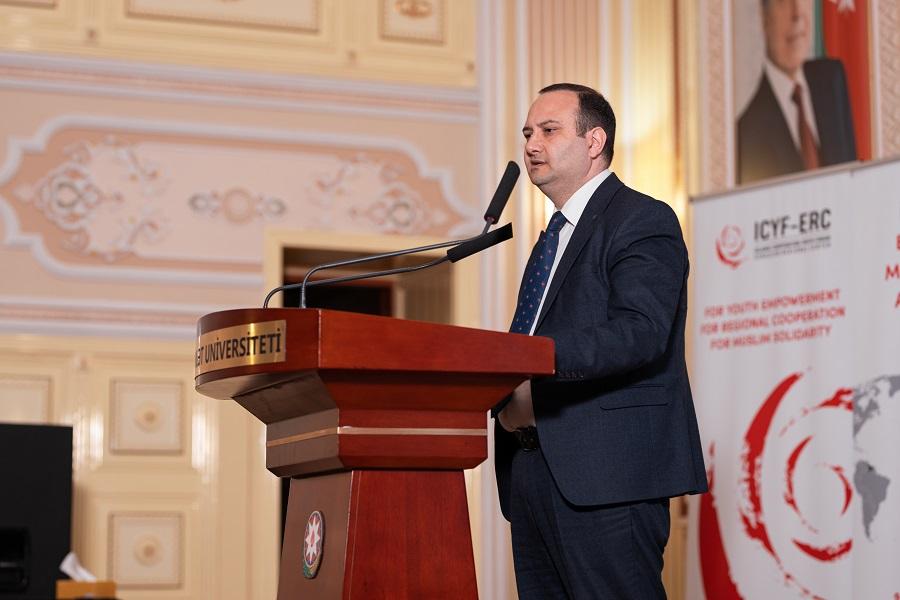