Attraction of investments in the tourism cluster of all five Caspian states will give a multiple synergistic effect, rather than investments in individual states, as was pointed out during a round table timed to the II Caspian Economic Forum, Trend reports.

The event was organized by the Sputnik Azerbaijan multimedia press center in cooperation with the North-South political science center.

The issues of tourism as one of the effective economic directions of the Caspian Sea development have been discussed by experts during the round table.

The discussions were attended by tourism specialists from Azerbaijan, Belarus, Kazakhstan and Russia.

According to the moderator of the round table Gulnara Mammadzade, deputy general director of Trend News Agency, head of the Baku Network analytical center, interest in tourism in the Caspian Sea in the post-COVID-19 pandemic period is acquiring new dimensions and it’s important to effectively use the potential of all five states of this unique region.

“One of the perspective types of tourism in the Caspian Sea is marine cruise tourism. In April 2022, ‘Petr Velikiy’ [‘Peter the Great’] cruise ship will be commissioned in Astrakhan, which will contribute to the emergence of new routes,” Mammadzade said. “In this regard, it’s necessary to raise the issue of resuming the practice of inter-country cruises, which will allow both domestic and foreign tourists to visit several countries of the region at once.”

Speaking about the growth in demand for Caspian routes from European tourists, Alena Panasenko, director of the Belarusian Sky Travel tourism agency, drew the attention of the participants to the fact that in the context of the pandemic, the demand for new routes has grown.

“The pandemic has made its own adjustments in the tourism industry, too. In particular, the popularity of the Caspian region is growing. Foreigners are especially interested in the opportunity to visit several very different countries in one trip,” the Belarusian expert said.

“People want to get more impressions, more emotions, and the Caspian Sea provides good opportunities for this. It’s only necessary to develop these areas together,” she added.

Supporting the previous opinions of the discussion participants, the Azerbaijani expert, chairman of the board of the Association of Hotels and Restaurants of Azerbaijan, Samir Dubandi noted that the serious tourist potential of the Caspian Sea has always been taken into account.

“Among those types of tourism, which already existed, in Soviet times there was an interesting sea-river route: a liner from Astrakhan [Russian port] was arriving in Baku, picking up tourists, then was returning to Astrakhan and going along the Volga river to Moscow. It was an exciting journey, and I propose to think about the development of such routes,” Dubandi said, sharing the experience of Azerbaijan. “It’s also necessary to pay attention to new types of tourism, which have recently appeared in the Caspian Sea, first of all, this is about ecological (diving) and sailing tourism.”

“A yacht club is already operating in the Baku bay, but its activity is limited with the boundaries of the bay – the yachts don’t go into the open sea, not to mention sail to the shores of other countries, although this would also be a very interesting direction,” added the Azerbaijani expert.

The Executive Director of the Civil Alliance of Kazakhstan Alibek Tazhibayev shared his view at the development of the tourism potential of the Caspian region from Kazakhstan.

Tazhibayev divided the economic effect from the joint development of tourism in the Caspian Sea into two directions: within the existing integration associations, first of all, this concerns cooperation between Russia and Kazakhstan, and between the Caspian countries themselves.

“Colleagues in their speeches have already mentioned the example of the development of the Kazakh port city of Aktau, which during nearly 10 years has improved its tourist infrastructure and is ready to receive flows of tourists from different countries of the world,” he said. “According to the state tourism development program for 2019-2025, it’s planned to expand the city twice more. The investment of such funds in the development of Aktau suggests that the leadership of Kazakhstan sees great potential in this region.”

“For my part, I’m always ready to attract the possibilities of the Civil Alliance of Kazakhstan, which includes a large number of NGOs of various directions, for the development of joint ideas in the region,” the speaker emphasized.

Another Belarusian expert, Chairman of the Board of the Republican Union of the Tourism Industry of Belarus, Philip Guly, drew the attention of the discussion participants to the importance of joint actions to develop the tourism sector in the Caspian Sea.

“In a twenty-year perspective, the Caspian can become one of the most serious, world-class sites for visiting and recreation, since the five Caspian countries are a cluster. Today, the region lacks the appropriate infrastructure, but in 15-20 years this obstacle will be removed by joint efforts,” Guly said.

“It should be understood that attracting investment in the tourism cluster of one state is many times lower than the synergistic effect of all five Caspian states. The only self-sufficient country in the Caspian Sea, capable of filling its own market and meeting all its needs is Russia,” he noted. “The rest of the countries depend on the external influx of tourists. Besides, the infrastructure development differs from country to country, which is why the region needs to be developed as a cluster.”

“It’s necessary to move towards a common understanding of the institute of the region’s development, towards a dialogue in the field of investment policy, so as not to compete, but to create a common market, and so that everyone could benefit from this,” added the Belarusian expert.

The experts agreed that it’s necessary to actively involve not only the five Caspian countries, but also other countries, in the development of tourism in the Caspian Sea, such as Georgia and Turkey, which can be included in the ring of tourist routes.

The next expert meeting, timed to the II Caspian Economic Forum, will take place on July 23. 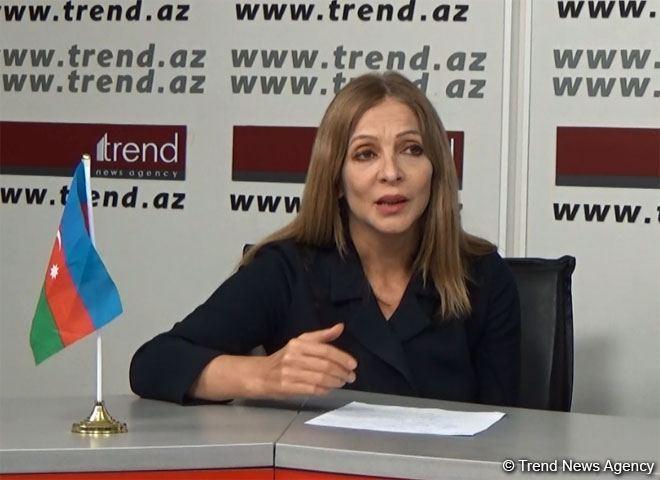