Pyotr Tchaikovsky's "Swan Lake" ballet has been captivating the hearts of spectators for more than a century.

The ballet was successfully presented at the State Academic Opera and Ballet Theater. Azerbaijani and Russian ballet stars Teymur Asgarov and Kristina Kretova were  invited to perform the main parts in the ballet.

His repertoire includes Giselle, The Sleeping Beauty, La Bayadère, Swan Lake, Don Quixote, The Nutcracker, Carmen-Suite, The Legend of Love, Le Corsaire and Chopiniana. With the Mariinsky Ballet, Asgarov have toured around Europe, Asia and America.

The ballet was conducted by the theater's main conductor, Honored Artist Eyyub Guliyev. 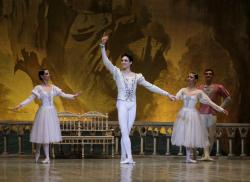 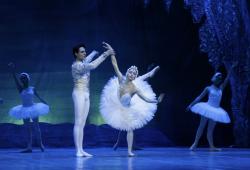